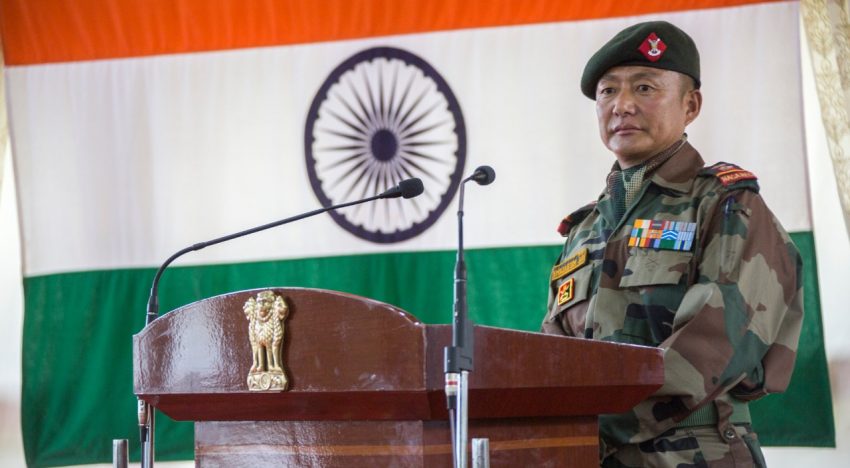 During the 1999 Kargil battle, Subedar Imliakum Ao won the Maha Vir Chakra for demonstrating outstanding courage in the face of an opponent. This outstanding Junior Commissioned Officer was promoted to the rank of Subedar on August 1. He continues to serve the country with honour and dignity.

Subedar Imliakum Ao was born on July 25, 1976, in the village of Chuchuyimpang in Mokokchung, Nagaland. His father is a retired state employee, while his mother works from home. He is the youngest of five siblings, the others being four brothers and one sister. In Nagaland, two of his brothers are police officers, one is a civil servant, and another is an army officer.

“My siblings and I went to the community school. Children were captivated by the possibility of joining the Indian Army at the time. Like most teenagers, I was taken aback by the army’s clothing and discipline. My lecturers encouraged me to join the army and serve my nation. Furthermore, being the eldest son in my family, I am accountable for a lot; I recognised that the Army would help me handle these responsibilities “Subedar Imliakum Ao adds Between May and July 1999, the Indian government launched Operation Vijay in the Kargil area of Jammu and Kashmir. The Indian Army was entrusted with recovering areas on the Indian side of the Line of Control (LOC) that had been infiltrated by Pakistani troops and terrorists. During the war, the Naga Regiment’s 2nd Battalion was one of the first units to be formed in this area. It travelled from Patan to Drass, then to the Mushkoh valley.

Despite the fact that the Washington Accord was signed on July 4, 1999, and Pakistani President Nawaz Sharif pledged to withdraw his forces, infiltrators remained on the Indian side of the Line of Control. Twin Bump in the Point 4875 complex was one such site. The enemy mortar position, which 2 Naga was tasked with seizing, was located here.

“Because of the ongoing fighting scenario, the unit’s schedule was very demanding, and to make matters worse, the weather conditions were just not forgiving. We proceeded into Mushkoh valley, which is 15,000 feet above sea level, and were met with heavy mortar fire on one side and terrible weather on the other “The honourable soldier expresses himself. The Subedar was still a Sepoy in 1999. He was a part of the assault team tasked with neutralising the enemy on the hostile mortar station’s exterior perimeter in a covert manner. 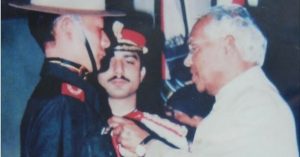 “Sepoy Imliakum Ao approached the enemy sentry during broad daylight and assassinated him,” according to an account of the operation in a Naga Regiment leaflet. He then proceeded to murder another sentry before attacking the mortar position with the Assault Group. …. The death of enemy soldiers by Sepoy Imliakum Ao resulted in the seizure of three 120 mm and two 81 mm mortars, as well as a large supply of ammunition. Sepoy Imliakum Ao’s valiant effort in the face of a well-entrenched opponent paved the way for a successful attack on the opposing mortar position, resulting in the destruction of the enemy ammunition store.”

“It was a difficult task, and everyone was aware of the danger. Despite the fact that Nagas are born warriors, the role of a scout is vital to the success of a mission “A 2 Naga officer elaborated. The aim of the assault force was to assassinate Pakistani soldiers guarding mortar positions and supply dumps. “The opposing positions were well entrenched, and the mission had to be carried out during the day. Ao, on the other hand, volunteered for it “He went on.

As a young sepoy, he shown great bravery and determination. In January 2000, he was awarded the Maha Vir Chakra, India’s second highest gallantry medal, for his perseverance and bravery in the face of the enemy. Many men from Ao’s hamlet have joined the Indian Army, and they are admired for their devotion to the country. The MVC, on the other hand, has raised him to celebrity status in his town, and the fact that he was recognised for his valorous service as a member of the winning army raises him to the level of a real hero.

“It is an honour that the unit has bestowed upon me,” he adds of the battalion’s promotion to the rank of Subedar. This new status comes with a lot of responsibility, which I am certain I will meet to the best of my abilities.”