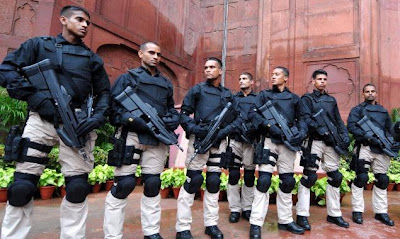 What is SPG protection and who gets it?

The SPG is an elite unit created solely to defend the country’s Prime Minister, former Prime Ministers, and their immediate families. If the Gandhis lose their SPG protection, PM Modi will be the sole beneficiary.

The Union government is set to terminate Sonia Gandhi’s, Rahul Gandhi’s, and Priyanka Gandhi’s security protection under the Special Protection Group (SPG). The Gandhis, on the other hand, will retain their Z+ security cover, which includes commandos from the Central Reserve Police Force (CRPF). 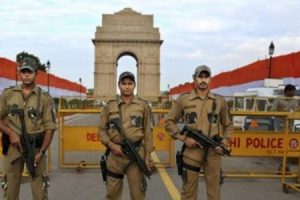 How are security levels decided?
The Union Home Ministry takes this call after evaluating the inputs from all the intelligence agencies such as the Intelligence Bureau (IB) and the Research and Analysis Wing (RAW).

However, since none of the intelligence agencies is accountable to any external statutory body, barring internal oversight by ministries of Home and Foreign Affairs, the issue of security cover is open to manipulation.

What are the various levels of protection?

There are largely six types of security covers: X, Y, Y plus, Z, Z plus and SPG. While SPG is meant only for the PM and his immediate family, other categories can be provided to anyone about whom the Centre or state governments have inputs about facing a threat.

There are various kinds of covers within these levels as well.

Who are the SPG? Whom do they protect?

The SPG is an elite force, specifically raised for the protection of the country’s Prime Minister, former PMs and their immediate family. The force is currently 3,000 strong. If the Gandhis lose the SPG cover, PM Modi will be the only one under the SPG’s protection.

The SPG is highly trained in physical efficiency, marksmanship, combat and proximate protection tactics and is assisted by all central and state agencies to ensure foolproof security. SPG Special Agents assigned to the PM security detail wear black, Western-style formal business suits, with sunglasses, and carry a two-way encrypted communication earpiece, and concealed handguns. They wear safari suits on occasions.

When was SPG raised? What is its history?

The SPG was created in 1985 following the assassination of Prime Minister Indira Gandhi in 1984. When V P Singh became Prime Minister in 1989, he terminated Rajiv Gandhi’s SPG protection. Following Rajiv’s assassination in 1991, the SPG Act was amended to ensure at least ten years of security for all former Prime Ministers and their families.

In 2003, the Atal Bihari Vajpayee government revised the SPG Act once more, decreasing the automatic protection duration from ten years to “one year from the date the former Prime Minister ceased to hold office,” and extending it beyond one year based on the government’s assessment of the threat level. Former Prime Ministers such as H D Deve Gowda, I K Gujaral, and P V Narasimha Rao lost their SPG coverage during the Vajpayee administration.

On the other hand, Vajpayee was a beneficiary of SPG security until his death last year. Family members of a current or former Prime Minister may opt out of security coverage under the rules of the current SPG Act. Following the dissolution of Manmohan Singh’s ministry, his daughters declined SPG coverage.