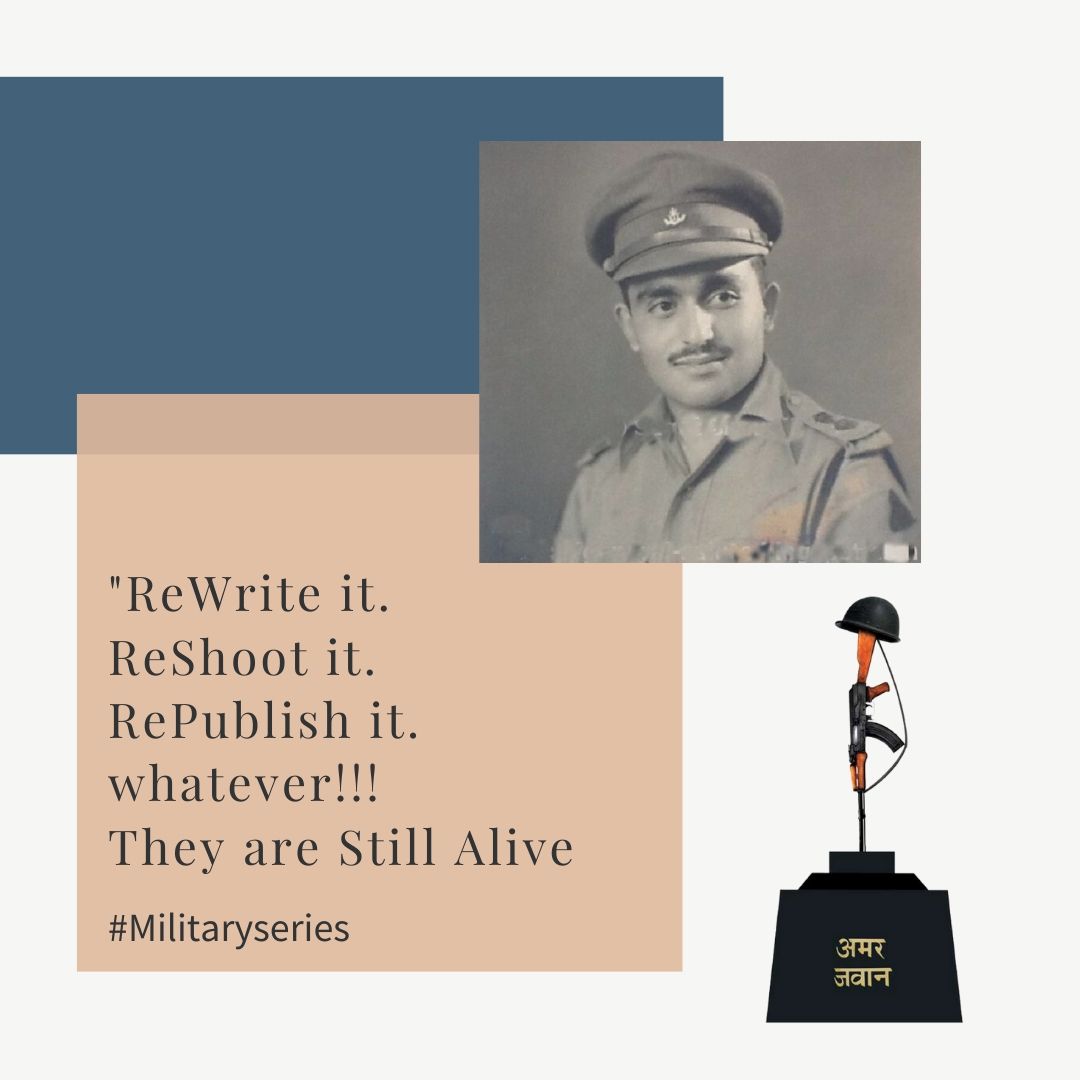 Unforgettable Moments : Even after having a wounded plastered arm, Maj Somnath Sharma insisted on going to Kashmir front… perhaps, challenging his destiny competing with death. Amidst death and destruction, Lance Naik of D coy Balwant Singh did something very courageous; when most of the soldiers were left with just one or two rounds of ammunition, he told his men to move on and prepare for another action, Balwant Singh, risking his life attacked the invaders. Due to this intelligent and benevolent act of D coy, the invaders were delayed by about 6 hours. This time was enough for the Indian army to take position and to stop them from reaching the airfield. The aircrafts were also helping the troops. They were ready to face the attacks.

Battle from Sunrise to Sunset – 3 November 1947

Maj Somnath Sharma raised his head with a twinkle in his eyes. His plastered hand rested near the bunker. He looked at the sun which would gradually be moving towards the west. Every second of his life was a challenge now. He was ready to outrun the sun now but there was no tension, the rising morning sun was welcomed; his face was beaming and spirited in anticipation of laying his life for the glory of his country.

Hence, after getting the secret information that a group of about a thousand Pathans (armed tribals), led by the Pakistani army, aided and abetted by Pakistan, was heading towards Srinagar. Troops of A and D Company of 4 Kumaon led by Maj Somnath Sharma and 1 Para Kumaon commanded by Capt Ronald Wood were sent to Badgam, a small town located close to the Srinagar airfield. According to the reports, the motive of the Pathans led by the Pakistani army was to capture Srinagar airbase, to cut supplies, and to make the Indian Army ineffective. But the troops led by Maj Somnath Sharma were assigned the responsibility of finding the infiltrators and keep them engaged.

Early in the morning, as per Maj Sharma’s report, his company had taken position and dug trenches on a hill, west of the village. 1 Para Kumaon had also taken position in the southeast of the village, and according to them the village was calm and dead silent. The villagers were busy with their work but seemed scared and frightened. They saw that a few villagers had gathered near a nala (water body) as if they had taken refuge there. Because the village seemed quiet, 1 Para Kumaon was instructed to take a round of the East and go back to airbase after getting in touch with 1 Punjab. They followed the orders and came back and reached Srinagar at 1 pm. The situation in Badgam was under control, so Maj Somnath was ordered to remove his company from there although he preferred to keep the company in Badgam till the evening.

Meanwhile, on the other side of the border, the Lashkar (group) was accumulating in small units, to avoid suspicion. Their leader was a Pakistani Major who was planning to dodge the Indian soldiers, patrolling the area. It was a big and well-thought plan. Around 2 pm, when the A company had left the area, Pakistani Major decided to wait no more, and as soon as around 700 infiltrators accumulated, he attacked. At around 2.30 pm, Maj Somnath was stunned to see bullets being fired from the village. He informed the brigade that their position was under attack and that they were apprehensive that their retaliation can prove to be fatal for the women and children present in the village. Till then more infiltrators had reached there from the hillside. The soldiers, who had survived, later told that Maj Somnath was rushing from one trench to another, boosting their morale and motivated them to fight with full courage. The courage and determination of the soldiers made the initial attacks by the enemy unsuccessful.

But the strength of the Pakistani Pathans was large and making full use of this, they started putting more pressure by increasing their number further. Soon they surrounded the D company from three sides and started climbing the hill where the trenches were located. Maj Somnath knew that his troops were meagre in comparison to the enemy. He asked the brigade commander to send arms and ammunition and extra soldiers. To keep the enemy engaged till reinforcements arrived was a big challenge. He was aware that if not engaged for considerable period of time, the infiltrators can reach and capture the Srinagar airbase. He knew that his company will not be able to stop the enemy for long, so it was a challenge for him to keep up his soldier’s will power. And, hence, he was in the open battlefield ignoring his own safety but boosting the morale and will power of his soldiers.

The fight continued like this for five hours. This was very precious time for the Indian Army because by keeping the invaders engaged was actually giving the Indian Air Force enough time to bring reinforcements to the field.

Finally, their ammunition finished. When they informed the brigade, the brigade asked them to fall back. After getting the orders, Maj Somnath went to another trench to help a soldier load his gun, in the meantime a mortar shell came and fell on an ammunition box. There was a big explosion. Along with Maj Somnath Sharma, his orderly and a Junior Commissioned Officer (JCO) lost their lives.

The Indian Army retaliated with full force and captured Badgam in the early hours of 5November. But 4 Kumaon lost their bravehearts – Maj Somnath Sharma, Subedar Prem Singh Mehta and 20 soldiers. Maj Somnath Sharma was awarded the Param Vir Chakra for exemplary leadership and gallantry in fighting and capturing the Indian post back.

Maj Somnath was born on 31 January 1923 in District Kangra. His father, Amarnath Sharma, a Medical Corps officer, reached the rank of Major General in his service. Somnath was known as Somi as a child. His brother who was also an army officer was called Tindy in the army circles. When Tindy was 4 years old, their father was sent to England for a medical course. Hence, both the brothers were sent to Hampton Court Convent, Mussoorie. Bullied by the seniors at such a tender age, Somi who was taller and broader than Tindy became his protector. Somi had no interest in studies except in history and general knowledge. The brothers had an agreement that Somi would protect Tindy from the bullies of the school and Tindy would do the homework which Somi would later copy in the morning.

They also did their further studies together. They studied together in Sherwood College, Nainital. He was enrolled in the Prince of Wales Military College (now Rashtriya Indian Military College), Dehradun because of his strong desire to join the army. After passing out from there in 1941, he joined the Indian Military Academy (IMA). The war had started by then and the military training programme at the IMA had to be stopped in between. In February 1942, after nine months of vigorous training, Maj Somnath Sharma was commissioned in 8/19, Hyderabad Regiment (which later came to be known as the 4th Battalion, Kumaon Regiment). He was merely 19 years old then.

Maj Somnath returned to India as an adjutant in 4 Kumaon and picked up his duty to ensure the internal security of Punjab. He also helped the police and administration to control the unrest of 1947. These qualities enabled him to lead his company during the unrest created by Pakistani infiltrators in Kashmir. The Commanding Officer (CO) of 4 Kumaon was not ready for Somi’s movement but ultimately giving in to his persistence, the CO agreed upon sending him. He was given the responsibility of leading 2 Kumaon companies. This story is often repeated in army messes and books. It is a story of pride and courage.