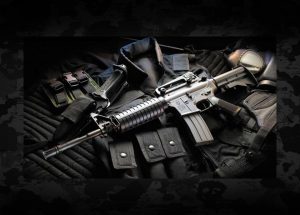 India possesses the world’s second largest army, one that has been combat tested on every conceivable terrain, from the icy heights of the Siachen Glacier to the deserts of Rajasthan, the plains of Punjab, and the forests of the North East. India must constantly have a well-equipped military force due to unresolved border conflicts and hostile neighbours. The army must be prepared to deal with both foreign and domestic challenges. The threat of militancy in India’s North Eastern states, as well as state-sponsored terrorism in Jammu and Kashmir, present the country with problems. The Indian army is constantly modernising to meet new challenges through the introduction of new equipment and technology. India is on track to become the world’s largest importer of military hardware. In this session, we will learn about the major weapons and equipment that our country’s Armed Forces now employ. The specifications of weapons and equipment are outlined for ease of comprehension in accordance with the tasks and responsibilities of the Army, Navy, and Air Force’s distinct combat arms.

Objectives
After completing this lesson, you will be able to:

Infantry
Throughout history, foot soldiers have always taken the initiative and conquered territory in hostile terrain. Over the years, they have also manned our boundaries and safeguarded our territorial borders from intruders. Throughout history, countless individuals have defied the odds to win battles for their armies, and history is replete with their heroic stories. The infantry division of the Indian Army is its most powerful arm. It is a close-combat weapon designed to shorten the distance between the opponent and the attacker in order to physically assault and capture territory. Additionally, it is important to avoid internal animosity. Counter-insurgency and counter-terrorist operations need the infantry to demonstrate a high degree of commitment. To effectively fulfil the responsibilities given to the infantry, they should be equipped with the weapons and equipment mentioned below.

Assault Rifle, Sten Machine Carbine, 9mm Pistol and Hand Grenades are thepersonal weapons for individual soldiers. All soldiers and officers carry one of theseweapons along with hand grenades when they go to war. You can identify them from
the illustrations given.

It can fire effectively up to 700m. It is an automatic gun and has a higher rate of fire than an assault rifle. It is useful in breaking the enemy forming up for final charge on own defences. 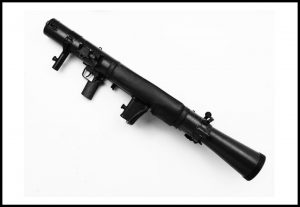 This is used to destroy tanks, bunkers, vehicles etc. It can be used to illuminate the battle area as also for making smoke screens to hide movement of own troops. 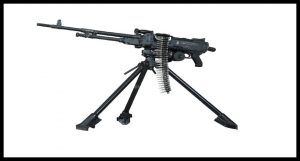 It can fire 600 to 1000 rounds per minute at an effective distance of 1800m. The 30mm Automatic Grenade Launcher is best suited to engage enemies in the open. It has an ammunition box that can hold 30 grenades. It can fire up to 2300m. 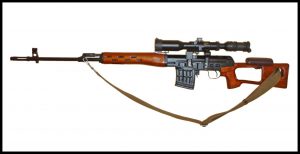 It has an effective range of 800m and is widely used by sharp shooters and marksmen to eliminate individual enemy targets.  It is very effectively used on the Line of Control at our borders in Jammu and Kashmir.

Conclusion
The rifleman of an infantry rifle company is capable of closing with the enemy and neutralise him with his personnel weapon. However with the presence of company support weapons his punch increases. The company support weapons give additional effective strength to the Infantry Rifle Company both in defensive well as offensive operations.