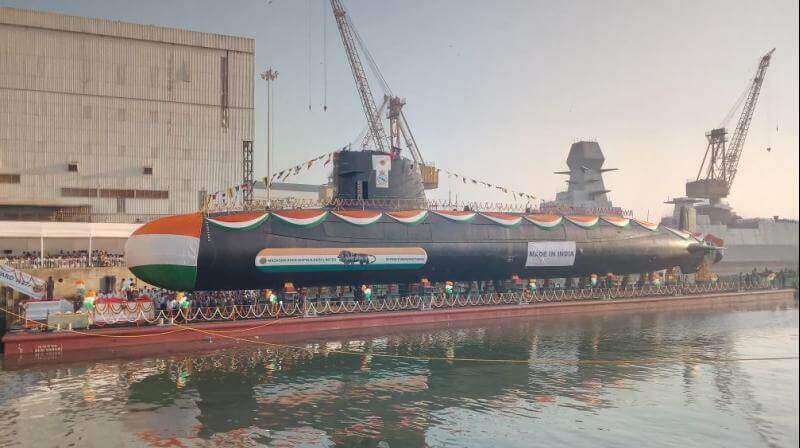 The Rs 45,000 crore submarine project contest for the Indian Navy continues to throw up surprises with the last minute entry of a South Korean shipbuilder and the pulling out of Swedish company Saab after red flagging policy strictures that can potentially place unlimited liabilities on foreign vendors.

South Korean company Daewoo Shipbuilding and Marine Engineering was extended a late invitation to place technical bids for the contract last month, weeks before a visit by defence minister Rajnath Singh to Seoul.

The company now joints the Naval Group (France), TKMS (Germany), Rosoboronexport (Russia) and Navantia (Spain) as potential foreign partners for the project to build six conventional submarines in India. This is the single largest ‘Make in India’ project.

Sources told ET that SAAB, which has been a key participant in pre-bid meetings with stakeholders over the past two years, informed the ministry in writing that it would not be able to take part in the competition. Conditions in the Strategic Partnership (SP) policy under which the contract is being processed led to this decision.

“It is a decision we have made due to the customers’ requirements regarding the time schedule and the requirements related to the SP policy with its unbalance between our possibilities to have control and our obligations and liabilities. We believe that we have a very competitive product that would suit the customer well, but after having examined the EOI, we have decided not to enter the competition due to the above reasons,” Ola Rignell, chairman & managing director at SAAB India, said in response to an ET query.

Similar concerns have been echoed by other foreign vendors in several meetings with stakeholders, ET has been informed. The primary concern of foreign companies—mandated to partner with selected Indian partners to manufacture the submarines here-—is that the conditions in the policy can potentially place unlimited liabilities in their books.

The SP policy gives the lead responsibility of the contract to the Indian vendor that has to hold at least 51% stake in the project, thus taking away control of the special purpose vehicle (SPV) that is to be formed from the foreign technology partner. This, some industry executives say, has implications as the quality and timelines required cannot be guaranteed by the foreign partner.