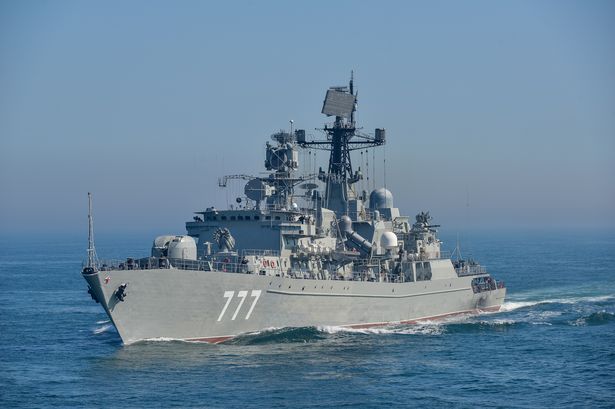 Indian Navy is looking to buy short-range surface-to-air missile systems from MBDA to replace its Israeli Barak-1 air defence systems on Kamorta class corvettes.
A number of foreign companies, including European defence major MBDA and Swedish firm SAAB, are set to submit their proposals to the Indian Navy, which is looking to buy short-range surface-to-air missile (SRSAM) systems to replace its Israeli Barak-1 air defence systems on the Kamorta class corvettes.
Though it was initially meant to be a Make in India project, the Request for Proposal (RFP) has been issued under the Buy (Global) category. The ‘Buy (Global)’ category refers to the outright purchase of equipment from foreign or Indian vendors. In case of procurement through foreign vendors, the government-to-government route may be adopted for equipment meeting strategic or long-term requirements.
The Navy plans to buy the SRSAM systems for four ships — about 150-odd missiles. Each SRSAM system will have a command and control system, a fire control system, a command link radar and a launcher for a particular number of missiles.
The overall length of the Kamorta-class corvettes is 109 m (358 ft), and the beam spans 13.7 m (45 ft). The ships displace about 2,500 tonnes (2,500 long tons; 2,800 short tons) at standard load and 3,500 tonnes (3,400 long tons; 3,900 short tons) when fully loaded. Each ship compliments 180 sailors and 13 officers. They are propelled by four Pielstick 12 PA6 STC Diesel engines, each with a power of 5,096 hp (3,800 kW) in CODAD configuration. They also have two controllable pitch propellers which help the ship achieve maximum speeds in excess of 25 knots (46 km/h; 29 mph)
MBDA is a missiles and missile systems world-class leader. It offers a comprehensive product range incorporating today’s most advanced technologies. Furthermore, it is the only European group capable of designing and producing missiles and missile systems to meet the whole range of current and future needs of the three armed forces (land, sea and air).MBDA also offers its customers its support right through to the end of life of their complex weapons.
The last date for the submission of bids is 17 October. It is hoped that once this contract is signed, new generation missile vessels and corvettes will be equipped with the same system, a project that would be worth several billion dollars.