Minimum number of featured posts is 4.
Home News Defence News Our priority is to cut imports, be self-reliant: Rajnath Singh 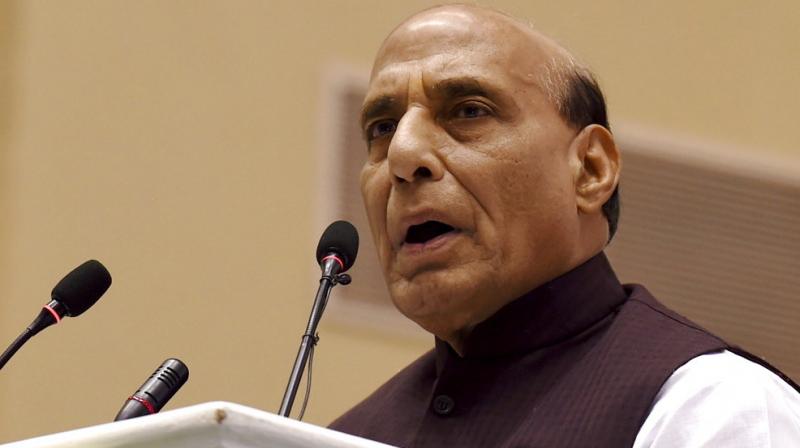 Defence Minister Rajnath Singh in his first interview since taking charge of South Block has strongly backed indigenous production of weapons for the armed forces. Singh, says that public & private players will join hands to achieve this.

Defence minister Rajnath Singh on Wednesday said the government’s priority in its second term is to cut down dependence on imports and develop indigenous capabilities through greater involvement of the private sector, with a special focus on startups.

In his first detailed interview after taking over the portfolio, the senior minister said that the participation of the private sector will be intensified in the future and that defence exports have been promising and are likely to multiply exponentially in the future.

“We have had a strong public sector traditionally but in a short span of time, private companies have grown significantly. They now contribute to over 20% of India’s total defence production… going forward, its participation is likely to be intensified,” the Defence minister Rajnath Singh  said.

Singh, who recently went to France to receive the first Rafale fighter jet and took a historic sortie in the aircraft, said the government is now focusing on import substitution. “Our goal is to provide the Indian armed forces with equipment designed and developed locally,” he said.

This will be done “by our research and development organisations and industrial entities, both private and public,” he said.

The minister said that several private companies have now got integrated in the global supply chain and new technologies developed indigenously by the Defence Research and Development Organisation will be produced in partnership with the industry. “A major contribution to our growth in defence sector is by the private sector,” he said. He expressed confidence that the ongoing process to manufacture submarines and helicopters under the Strategic Partnership model would follow the prescribed timelines.

The minister identified exports as a focus area in the coming years. “Defence exports, which were negligible a few years ago, have reached Rs 10,745 crore in 2018-19. For the current financial year, the target is Rs 15,000 crore,” he said.

Terming the Rafale deal as a ‘strong and decisive step’ by Prime Minister Narendra Modi, the defence minister said that the aircraft would meet the immediate requirements of the air force and the ministry is currently finalising orders for the manufacturing of 83 Light Combat Aircraft.

Singh said that the Opposition’s allegations on the Rafale deal have been deflated and have been rejected both by the voters that brought the BJP back into power with a higher number of seats as well as the Supreme Court that rejected the charges.

He said that steps in the budget to cut down on customs duty on defence imports have left some flexibility in spending and that ‘appropriate funds’ will be made available for defence preparedness.

Singh also took on Pakistan, saying that Islamabad needs to take care of its own internal problems instead of raising the Kashmir issue. The minister said that Pakistan is on the path to self-implosion if it continues to follow the path of terror. “This has happened in the past, in 1971(creation of Bangladesh). And it can happen again too. We do not need to do anything about it, there will be an implosion if it continues on the path of terror,” he said.