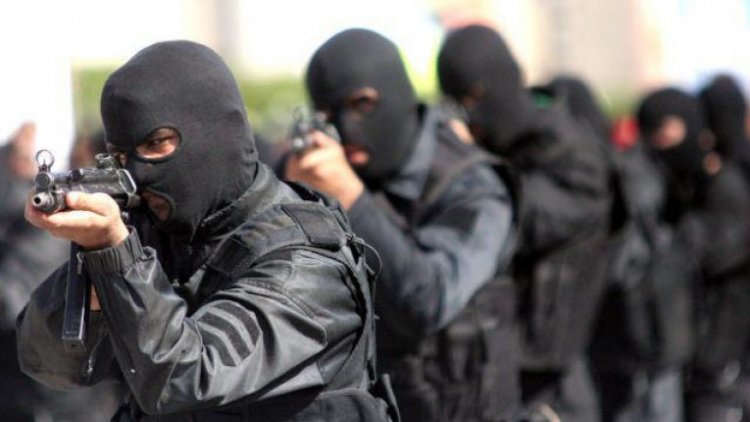 Indian on Tuesday said that a UN report on terrorism and Afghanistan has vindicated its long-standing stand that Pakistan on terror remained the epicentre of international terrorism, saying terror entities like Al-Qaida and individuals continue to enjoy safe havens in that country.
Pakistan-based terror groups Jaish-e-Mohammad and Lashkar-e-Taiba are engaged in trafficking fighters into Afghanistan who are threatening to derail the peace process in the war-torn country, according to the report
“This vindicates India’s long standing position that Pakistan remains the epicentre of international terrorism,” MEA Spokesperson Anurag Srivastava has said.
He said proscribed terrorist entities and individuals continue to enjoy safe havens and and operate with impunity from Pakistan with state support.
“They inflict violence and spread terrorism in the region and other parts of the world. Pakistan has failed in fulfilling its international obligations, including under relevant UNSC resolutions and the Financial Action Task Force, to put an end to support to terrorism,” he said.
Srivastava said the international community should hold Pakistan accountable and seek sustained, verifiable and irreversible action by Pakistan against terrorism.
The 25th report of the Analytical Support and Sanctions Monitoring Team concerning terror outfit ISIL (Da’esh), Al-Qaeda and associated individuals and entities, was submitted to the UN Security Council.
“We note with serious concern reference in the report to the continued presence of the senior leadership of the UN designated terrorist organisation Al Qaeda and its affiliates in Afghanistan as well as a large number of foreign terrorist fighters, including up to 6500 Pakistan nationals, operating in Afghanistan,” Srivastava said.
According to report Jaish-i-Mohammed and Lashkar-e-Tayyiba facilitate the trafficking of terrorist fighters into Afghanistan, who act as advisers, trainers and specialists in improvised explosive devices. Both groups are responsible for carrying out targeted assassinations against government officials and others. Lashkar-e-Tayyiba and Jaish-i-Mohammed were stated to have approximately 800 and 200 armed fighters, respectively, co-located with Taliban forces in Mohmand Darah, Dur Baba and Sherzad Districts of Nangarhar Province. Tehrik-e-Taliban Pakistan also maintains a presence in Lal Pura District, near the border area of Mohmand Darah, Pakistan. In Kunar Province, Lashkar-e-Tayyiba retains a further 220 fighters and Jaish-i-Mohammed has a further 30, all of whom are dispersed within Taliban forces.
The senior leadership of Al-Qaida remains present in Afghanistan, as well as hundreds of armed operatives, Al-Qaida in the Indian Subcontinent, and groups of foreign terrorist fighters aligned with the Taliban, said report, adding a number of significant Al-Qaida figures were killed in Afghanistan during the reporting period. Relations between the Taliban, especially the Haqqani Network, and Al-Qaida remain close, based on friendship, a history of shared struggle, ideological sympathy and intermarriage.
“The Taliban regularly consulted with Al-Qaida during negotiations with the United States and offered guarantees that it would honour their historical ties. Al-Qaida has reacted positively to the agreement, with statements from its acolytes celebrating it as a victory for the Taliban’s cause and thus for global militancy. The challenge will be to secure the counter-terrorism gains to which the Taliban have committed, which will require them to suppress any international threat emanating from Al-Qaida in Afghanistan.