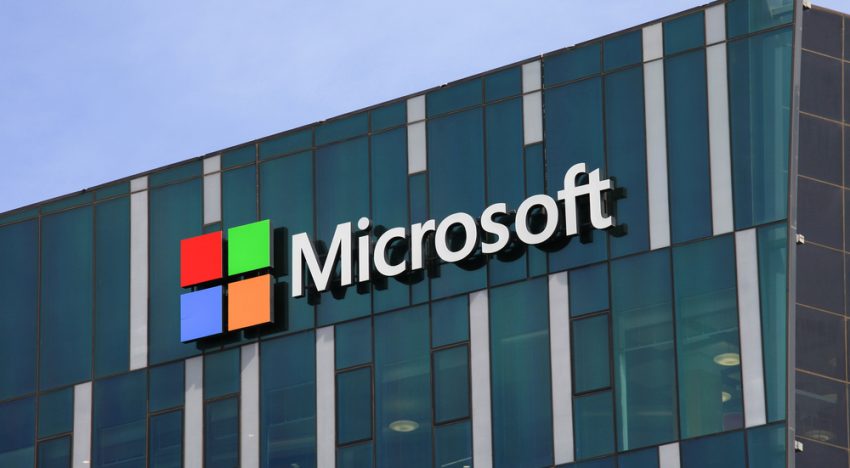 While the idea of storing data throughout the volume of the medium (rather than on the surface as with magnetic and optical data storage devices) is not new, Microsoft believes that smartphone camera and display advances mean that reading data from HSDs is now much more scaleable.

Additionally, by designing it for data centers, the company can create a product at the rack-scale, rather than having to worry about a smaller consumer-friendly size.

Because it’s not the future until you have holograms

Holographic storage uses light to create tiny holograms inside a crystal, each holding hundreds of kilobytes of data. Diffracting a pulse of light off the recorded hologram and capturing the result on camera can then be used to read what’s on the hologram – with the light changing its angle to reach different holograms within the wider device (for a more technical explanation see below). 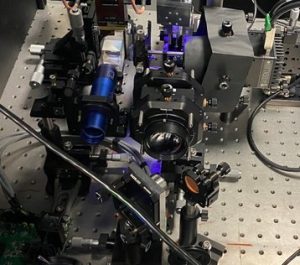 UV light can then be used to wipe the hologram, allowing it to be used again. This differs from Microsoft’s Project Silica storage project, which embeds data within glass for write once read many (WORM) archival storage. The company is pitching Silica as a long-term cold storage product, and HSD as a hot storage device that could one day compete with HDDs.

The company claims it has made several major HSD advances and that its system is 1.8x as dense as the best publicly known HSD research prototypes.

This was partly made possible by turning to technologies that have advanced rapidly over the past decade, Microsoft CTO Mark Russinovich said at Ignite this week. “If we take a look at the kinds of technologies required to very efficiently implement holographic storage, we need very high resolution cameras. If you take a look at the cameras coming out of commodity smartphones today, they’re up at the resolutions in the tens of megapixels ranges that we need to commercialize a technology like this.”

“We’ve been able to read and write with no mechanical seeks to unlock access rates that are comparable to hard disks,” said Russinovich.

“We’ve also been able to leverage software computation via deep learning to be able to read out with high degrees of accuracy the data that’s been stored in the holographic storage.”

In Microsoft’s case, the company is using a lithium niobate (LiNBO3) crystal, with an added iron dopant. This brings an additional electron donor level and a deep trap state to the electronic energy levels of the LiNBO3.

To store data, two green-light beams are used to illuminate the crystal – one a data-storage carrying beam, and the other a reference beam. Where the two beams cross an interference pattern is created. 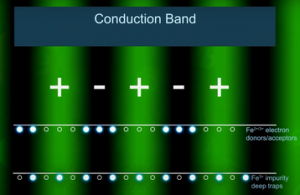 In the bright regions of the interference pattern, the crystal absorbs light causing electrons to be excited from the iron donor level to the conduction band where the electrons are free to move around the crystal lattice. These electrons then preferentially decay into the deep iron trap level where they remain trapped.

This results in a spatially varying distribution in electron density and its associated electric field that stores the data as a hologram.

The data can then be read out by diffracting the reference beam off of the stored hologram, and capturing the data image on a camera.

Exposing it to UV light excites electrons out of the deep iron trap level, where they then preferentially decay into the iron donor level, resetting the medium to be used all over again.