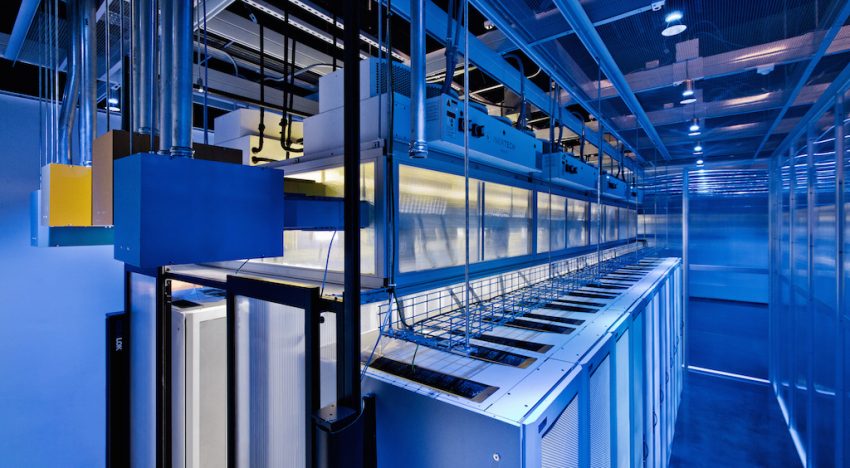 Developer Aligned Energy, which specializes in building large data centers and leasing them to the biggest data center users on a wholesale basis, has secured $1 billion in “sustainability-linked” debt financing.

That means the company’s interest on the borrowed money will vary based on its performance against certain sustainability commitments, including renewable energy and data center worker safety goals. If it delivers on the commitments, it gets a discount on the interest rate; if it doesn’t, the rate goes up.

The company’s executives said this was the first deal of its kind by a US data center company.

Aligned plans to use the bulk of the money to deliver on existing contracts, Andrew Schaap, the company’s CEO, told DCK. That would be about $750 million. The rest is “dry powder” for further expansion, he explained.

The company is backed by the Macquarie Infrastructure Partners fund, which is managed by a subsidiary of the Australian investment banking giant Macquarie Group.

Earlier this year Aligned announced that it had matched 100 percent of the customer IT load deployed in its data centers with Renewable Energy Credits. The company has committed to matching its entire load (IT and data center supporting infrastructure) by 2024.

That is one of the three commitments tied to the interest rate on its new $1 billion in financing. If the company matches 100 percent of its load with certified renewable energy four years from now, it will get a discount on the interest rate.

It’ll get further discount if it meets certain transparency standards on sustainability reporting and “continuous improvement across sustainability best practices.”

The third KPI linked to the financing is workplace safety. The company has to deliver on a commitment to having a low Total Recordable Incident Rate (TRIR), a US metric for workplace safety.

Such “sustainability-linked” financing is new in the data center industry, but it has been gaining popularity in the broader business world in recent years, Raj said.

Appetite for investing in companies with strong sustainability records and goals has been growing.

In January, Larry Fink, CEO of BlackRock, the world’s largest asset manager, wrote in his highly influential annual letter to the world’s chief executives that a company’s future growth was tied to its ability to operate sustainably. He also announced that BlackRock would launch investment products that screen for fossil fuel and exit investments that “present a high sustainability related risk.”

Appetite for sustainably operated data centers is growing among the largest data center users – companies like Facebook, Google, and Microsoft – as well. But these users are starting to look for ways to address their impact on the environment that are much more ambitious than matching their energy consumption with RECs from renewable energy that doesn’t directly supply their data centers.

That means doing things like building data centers close to solar or wind projects, where they can be on the same power grid, and finding ways to address intermittency of those generation sources, such as energy storage and shifting workloads between locations.

Google announced this week a commitment to fully powering all its data centers and offices with renewable energy around the clock by 2030. Microsoft said in January that it was working toward being able to consistently remove more carbon dioxide from Earth’s atmosphere than it emits – also by 2030.

The announcements signaled a recognition by two of the world’s largest data center operators that simply buying enough renewable energy to match your total energy consumption isn’t a sufficient way to reduce your carbon footprint. A wind farm in Iowa doesn’t do much to address the carbon emissions resulting from powering a data center in Northern Virginia with fossil fuels.

That both Google and Microsoft gave themselves 10 years to reach their new sustainability goals illustrates how difficult a challenge it is.

Asked about Aligned position on the matter, Raj said the company was open to working with customers to address their energy goals individually and providing “a wide array of options that meet all of those requirements.”

Phill Lawson-Shanks, Aligned’s chief innovation officer, suggested that Aligned had advantage over rivals in this area, since Macquarie, its backer, was one of the world’s largest investors in renewable energy projects. Macquarie has invested in or arranged more than A$20 billion in investment in renewable energy projects, according to its website.

Another part of Aligned sustainability story is its innovative cooling technology, called Delta Cube, or Delta³. The patented cooling arrays remove heat at the source rather than having it pushed into the data hall. The technology is more energy efficient than alternative solutions, according to the company, and provides a lot of flexibility in the amount of cooling capacity or density deployed.