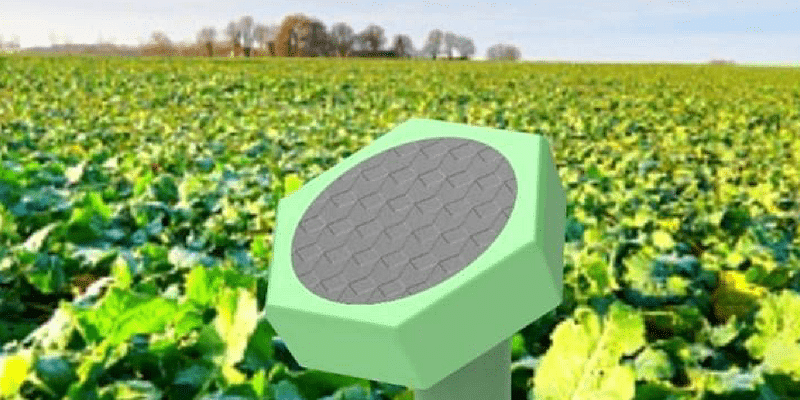 Sensegrass (a Cisco LaunchPad portfolio company) – India’s official farmer population is between 100 and 150 million, and for them, agriculture is not only a source of food, but also a means of subsistence. Indeed, the World Bank reports that agriculture can contribute to poverty reduction, income growth, and food security for 80 percent of the world’s poor. However, despite being the world’s largest employer, it is one of the industries that is unable to efficiently utilize its resources.

Farmland degradation, crop loss, and soil erosion all contribute to a farmer’s distress. Although agriculture is heavily reliant on environmental factors such as weather, water availability, and soil health, the majority of these issues arise as a result of traditional practices’ inefficiency and deficiency.

Lalit Gautam and Rahul Gundala founded Sensegrass in 2019 after recognizing the need for a platform that bridges the divide between manual and automated practices. With its AI+ML interface, the startup is attempting to disrupt contemporary farming techniques in order to enable farmers to manage their farms more efficiently.

Lalit, a Pharm D and MBA graduate, founded Sensegrass in 2019 and was later joined by Rahul, who sought an alternative agrifood movement capable of redefining the Agricultural Revolution in the midst of the Fourth Industrial Revolution. Lalit had over 12 years of startup experience prior to founding Sensegrass, while Rahul previously built a patented motorised soldering tool that was acquired by Soldron.

However, Lalit’s journey with Sensegrass began in 2018, while he was working on his first startup, Handscraft. He was able to delve into the heart of rural communities and villages. As a third-generation farmer, he had only witnessed his forefathers engage in farming and desired hands-on experience. “After conducting extensive research, we discovered that agriculture is a severely broken industry, particularly in developing countries. We launched Sensegrass with cutting-edge technology, but with the goal of making it more efficient for small-scale farmers “Sensegrass Co-Founder and CEO Lalit Gautam.

Farmers in India lack knowledge about the proper amount of nutrition required by crops. The issue of soil health analysis is also handled haphazardly by the Indian government. The only remaining option is the traditional laboratory method, in which the farmer submits a soil sample to a lab, which generates a soil test report using chemical methods within a few weeks. 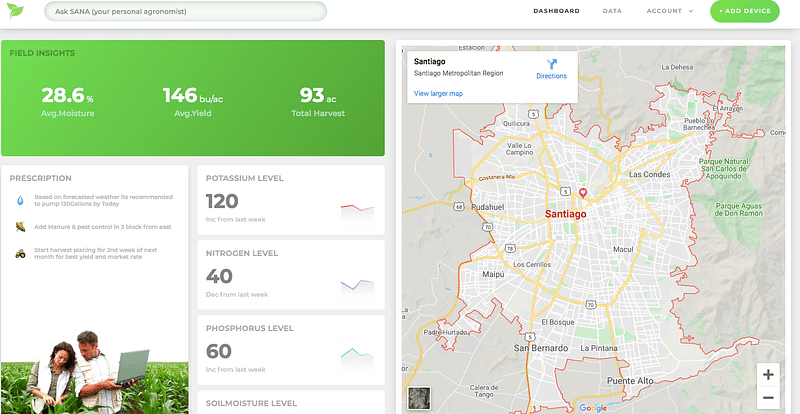 “Our platform forecasts the value of nutrition, fertilizer, water, and other resources in real time and provides farmers and users with the most accurate forecasts. We require technology that is not only efficient but also affordable, particularly for small farms “According to Rahul Gundala, co-founder and chief technology officer of Sensegrass.

Sensegrass accomplishes this by combining Artificial Intelligence (AI) and the Internet of Things (IoT). The Internet of Things system is the product’s hardware component, and it is responsible for sensing and monitoring soil conditions, water conditions, rainfall prediction, and temperature, among other metrics. With a custom firmware that monitors 18+ soil and environmental parameters in addition to NPK detection, the smart soil sensor assists in maintaining accurate data surveillance on soil health, as well as tracking and monitoring trends and forecasting irrigation and fertilizer requirements.

Second, the AI system is accountable for the software that utilizes data to make intelligent decisions about soil health, fertilizer conditions, and other environmental factors.

Synergising with Cisco LaunchPad to add value to farming

The programme has benefited Sensegrass significantly, from technical mentoring to marketing assistance and an opportunity to pilot with Cisco LaunchPad in India. “We receive continuous support from the Cisco team across almost all business functions, including public relations and marketing. Cisco’s Digital Agriculture Architecture includes hardware and software components that enable more efficient farming, as well as knowledge centers that have been instrumental in resolving farmer distress. We identified key synergies within Cisco’s agriculture solution where Sensegrass can add value “As Lalit puts it.

Working with the global agritech market

Sensegrass is the only soil fertilizer management company in India equipped with NPK sensors at the moment. It began operations in the international market before expanding into India. It currently serves more than 35 clients in India, including agricultural marketplaces, food and agro production companies, and has also conducted a pilot with the agricultural ministry. The company currently operates in Rajasthan, Uttar Pradesh, Madhya Pradesh, Punjab, and Karnataka, with well-known brands such as Pepsico, Bayer, Corteva, and Onset.

What distinguishes Sensegrass is that it offers both precision farming and semi-automation. “Our technological combination not only disrupts contemporary farming techniques, but also contributes to the goal of making farming simpler, safer, and more affordable,” Lalit explains.

Sensegrass’ potential has been demonstrated over the last two years by its exceptional track record of global engagement. The bootstrapped startup has received world-class mentorship and has been named to Forbes’ 30 Under 30 list twice.

They launched the first edition of Agro Handbook for Agri stakeholders in 2020, which includes case studies, technology, and facts about fertilizer use and carbon emissions, among other things. They are currently working on the second edition, which will focus on the ‘New Reforms Bill.’

When the pandemic struck last year, one of the most significant impacts on agriculture was a shortage of migrant labour, a void in the supply chain, and transportation issues. For a brief period, the demand-supply curve is disrupted due to the suspension of various activities. However, this presents an opportunity to revolutionize traditional agricultural practices and to transition from manual to semi-automated systems. Farmers and all relevant stakeholders can manage and progress their farms more efficiently and sustainably with Sensegrass and its 360-degree solution for soil and farm management.

Driving towards a positive future

Sensegrass’ primary mission is to use cutting-edge technology to benefit small to medium-sized farmers in India. It is currently working to establish a sustainable impact-driven agricultural company that provides high-end tools to farmers and businesses, improves the sustainability and efficiency of farming, and assists small-scale farmers in increasing their income.

“We are reducing fertilizer input and are nearing completion of a new version of a portable soil sensor that will be available in a few months. We will launch the world’s first soil testing rover and Farm OS for global use in less than a year. We anticipate an acquisition or merger with a company that is doing something similar for sustainable agriculture and farmer growth in five years “Rahul asserts.

As Sensegrass continues to grow, it is leveraging Cisco LaunchPad’s support. The startup is now in the final stages of product development for its new portable soil sensor for the Indian market, which was developed in collaboration with the Cisco team. “During the initial months, we developed and tested a prototype of our new hardware product in a modular configuration with Cisco networking support. Now, with the assistance of Cisco mentors, we’re progressing toward the industrial version “As Lalit puts it.