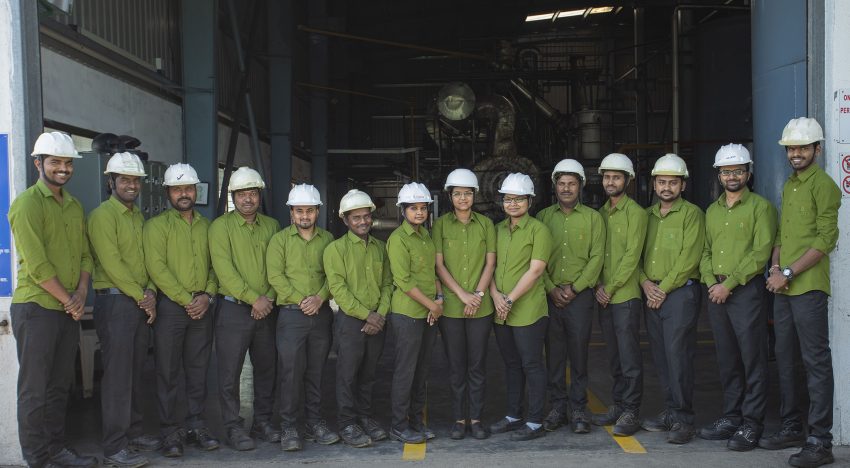 Greenjoules Pvt. Ltd, a Pune-based green energy technology company, announced on Wednesday that it had raised $4.5 million in a Series A round led by Blue Ashva Capital through its Blue Ashva Sampada Fund.

The funds raised will be used to establish commercial-scale waste to energy plants and to invest in new research and development initiatives.

V Radhika, VS Shridhar, S Viraraghavan, and R Sethunath founded the company in 2018.

“Consider the possibility of biowaste being converted into diesel for our automobiles, commercial vehicles, and industrial applications, all without the need for retrofit or modification. This marks the start of a new era of green diesel that will benefit both the environment and the economy. We are looking forward to collaborating with Greenjoules a green energy technology company to bring this innovative green diesel to market “Satya Bansal, founder of Blue Ashva Capital, stated.

Greenjoules is a manufacturer of renewable biofuels, also known as drop-in fuels or second generation biofuels. These are entirely composed of agricultural residues and renewable wastes from the agro-processing industry. The fuel can be used in industrial (to power boilers and generators) as well as commercial applications (in diesel-powered vehicles).

“Greenjoules’ vision of becoming a market leader in waste-to-energy conversion is strengthened by this investment from Blue Ashva Capital. As a result, we are well positioned to serve the Large Industrial market, which is mandated by its Board of Directors to transition to environmentally friendly fuels. The Government of India’s 2018 Biofuels policy aims to convert 5% of all diesel consumed to biofuels by 2030. This will provide us with additional opportunities in the years to come.” V S Shridhar, co-founder and CEO of Greenjoules Pvt Ltd.

“Greenjoules has reached a significant milestone with the investment by Blue Ashva. We can now concentrate our efforts on expanding not only our current product line, but also on developing a portfolio of high-energy-density liquid and gaseous biofuels. Additionally, it is an opportunity to commercialise such fuels produced from the vast array of agricultural wastes available in India “S Viraraghavan, Greenjoules Pvt Ltd’s founder and director, added.

From its biorefinery in Chakan, Pune, the company currently serves several large enterprise customers. It now intends to significantly increase production capacity by establishing a large facility near Pune to meet the growing demand for green diesel.

Greenjoules received funding through the Department of Science and Technology’s (DST) Seed Support System. The company was previously financed by MAPE, Bengaluru. Its mission is to provide innovative solutions to the challenges of a low-carbon future.