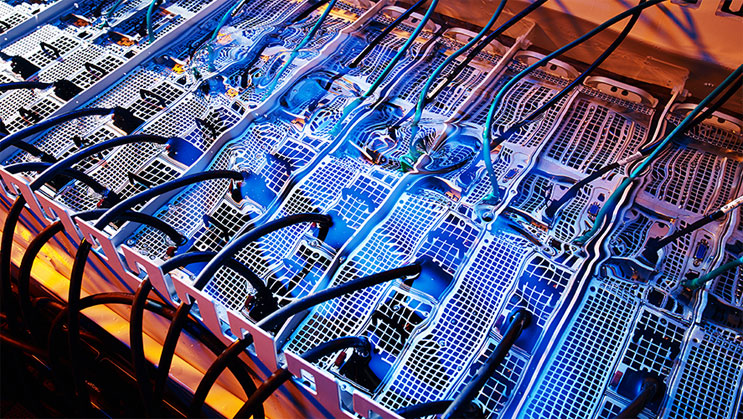 Data center cooling specialist GRC (Green Revolution Cooling) has raised $7 million in a Series B funding from private investors, which will allow the company to accelerate the development of its immersion cooling technology.

GRC submerges servers in a tank filled with liquid coolant, rather than using cold air. This approach offers potential economic benefits by allowing data centers to operate servers without a raised floor, computer room air conditioning (CRAC) units or chillers. The company was founded in 2009, and has deployed its technology in 13 countries around the world, with customers in high-performance computing and cryptocurrency mining. The company has raised a total of $15 million to support its development and growth.

The new funding will enables GRC to build upon recent market momentum. During the past 12 months, the company has lined up agreements with leading hardware OEMs (original equipment manufacturers) Dell and HPE, and expanded several existing customer sites, and added to its global footprint with a new office in India.

“GRC’s most recent investment validates the work we have been doing to reduce the cost and complexity of designing, building, and operating next generation data centers,” said Peter Poulin, CEO, GRC. “Further, the team is proud to be engaged with our data center colleagues in industry efforts to reduce the of datacenters, which unchecked will soon exceed that of the airline industry. By deploying GRC’s highly energy efficient product lines, we contribute to a more sustainable future.”

“I am excited to lead this current round of funding for GRC,” said Derek Gordon, Managing Director of the investment trust that led this round. “The company is well positioned for future growth, and has solidified its place as the leader in data center single-phase liquid immersion cooling. This new infusion of capital will help ensure that GRC is strongly positioned to advance new product development and strategic partnerships across the globe.”

GRC has been in the forefront of the effort to increase the use of liquid cooling in the data center industry. The vast majority of data centers continue to cool IT equipment using air, while liquid cooling has been used primarily in high-performance computing (HPC). With the emergence of cloud computing and “big data,” more companies are facing data-crunching challenges that resemble those seen by the HPC sector, which could make liquid cooling relevant for a larger pool of data center operators.

Servers operate in an enclosure filled with a dielectric fluid similar to mineral oil. They are are inserted vertically into slots in the tank, which is filled with 250 gallons of ElectroSafe fluid, which transfers heat almost as well as water but doesn’t conduct an electric charge.