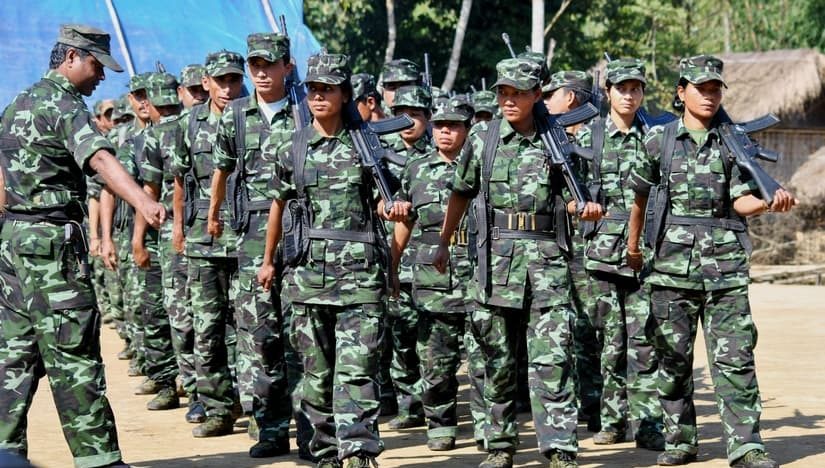 Sources said the top leadership of the most active insurgent groups has been put on the target list and action will unroll over the next few weeks.

With Rajnath Singh’s appointment as defence minister ‘bridging the gap’ with the home ministry, the army is preparing for a crackdown on the leadership of key northeast insurgent groups that have managed to evade the law for the past several years by taking advantage of the porous borders with Myanmar and Bhutan.

Sources said the top leadership of the most active insurgent groups has been put on the target list and action will unroll over the next few weeks for a sustained crackdown that will follow recent joint operations with Myanmar to shut down camps along the border.

“The supply and recruitment of insurgent groups has been hit badly and the leadership command and control has been affected. The top leadership is now under the scanner,” officials aware of the developments told ET. While a list has been drawn up, active groups in the northeast like National Democratic Front of Bodoland (Songbijit) and National Socialist Council of Nagaland (NSCN-K) are likely to face the heat. The biggest hurdle in the past had been the ability of the insurgent group leadership to traverse across porous borders when a crackdown was put into action. This time around, sources say, sustained efforts by the Myanmar Army to clean up the border can pay dividends.

NDFB leader G Bidai, who was behind the massacre of 70 tribals in Sonitpur in December 2014, is believed to be hiding along with a small band of cadres on the India-Bhutan border. He escaped a large dragnet by joint forces last year and has been keeping a very low profile.

NSCN-K leader Niki Sumi, who was the mastermind of the attack on an army convoy at Chandel in June 2015 that left 18 soldiers dead, is believed to be in Myanmar and is suspected to be running a successful gold mining business.

Officials say the matter was discussed by Rajnath Singh with key military leaders during a round of briefings over the last few days. “In his earlier role as the home minister, he was instrumental in offering the liberal surrender policy. His role as the defence minister now bridges the gap and will synchronise efforts,” an official said. Army officers who have dealt extensively with the northeast feel that India is well poised to break the back of the insurgency. “The Indian state is at its strongest now to take on insurgent groups. With the full support of the Myanmar Army, this is the right time to put pressure on the insurgent leadership,” Lt Gen Shokin Chauhan, who retired as director general of Assam Rifles, told ET.