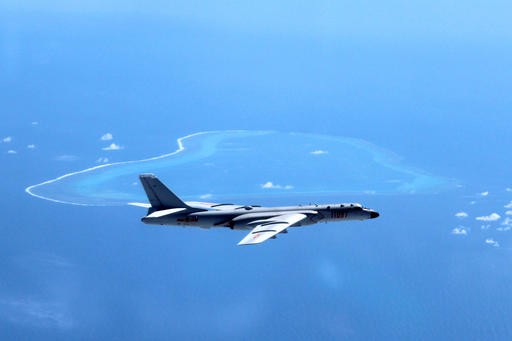 A letter to the Cambodian defence minister, seen by Reuters, reflects concern in Washington about the Chinese military presence in Southeast Asia, where China is increasingly assertive over its contested claims in the South China Sea.

The U.S. Defense Department has asked Cambodia to explain why it suddenly turned down an offer to repair a naval base, saying the decision had raised speculation of possible plans for hosting China’s military.

A letter to the Cambodian defence minister, seen by Reuters, reflects concern in Washington about the Chinese military presence in Southeast Asia, where China is increasingly assertive over its contested claims in the South China Sea.

The letter from Joseph Felter, U.S. Deputy Assistant Secretary of Defense for South and Southeast Asia, asked for more information on the decision to decline help to repair a training facility and boat depot at Ream Naval Base.

“The notification letter of 6 June 2019 has been seen throughout the U.S. government and is fuelling speculation that this sudden change of policy could indicate larger plans for changes at Ream Naval Base, particularly ones that involve hosting Chinese military assets,” said the letter.

It gave no details of any such plans.

The U.S. Department of Defense and Army Attache in Phnom Penh, Michael Stelzig, confirmed that the letter to General Tea Banh had been delivered on June 24. The U.S. Embassy had no further comment.

“At Ream, perhaps, there will be some changes in the future,” Chhum Socheat said. He said he could not give details of the changes. When asked if they would involve Chinese forces, he said they would not.

CHINA’S FRIEND
Cambodia is one of China’s closest allies in Southeast Asia and has received billions of dollars of Chinese aid as well as political backing for authoritarian Prime Minister Hun Sen in the face of Western criticism.

The Chinese Embassy in Phnom Penh did not respond to a request for comment on the letter or any plan for Chinese forces at Ream Naval Base.

China currently operates one overseas military base, in Djibouti in the Horn of Africa, and has repeatedly rejected speculation that it plans to open more in other countries.

Felter visited the base in January and said he had offered support for the repairs on U.S.-funded facilities in April after getting a Cambodian request for help.

Ream Naval Base, Cambodia’s largest, is southeast of the port city of Sihanoukville, centre of a Chinese-led casino boom and a Chinese-run Special Economic Zone.

Hun Sen said last year that there would never be a foreign military base in Cambodia after a news report that China was lobbying for a naval base in Koh Kong province – northwest of Sihanoukville.

U.S. Vice President Mike Pence also wrote to Hun Sen last year to express concerns at a foreign military presence or base in Cambodia, something that would be forbidden by Cambodia’s constitution.

Cambodia has been wary of superpower rivalry since being devastated by fighting between U.S. and Chinese proxy forces in the 1970s that culminated in the Khmer Rouge genocide.

But Cambodia has supported Beijing’s line on negotiations with Southeast Asian countries over the South China Sea, where Vietnam, the Philippines, Malaysia, Brunei and Taiwanalso have overlapping claims.