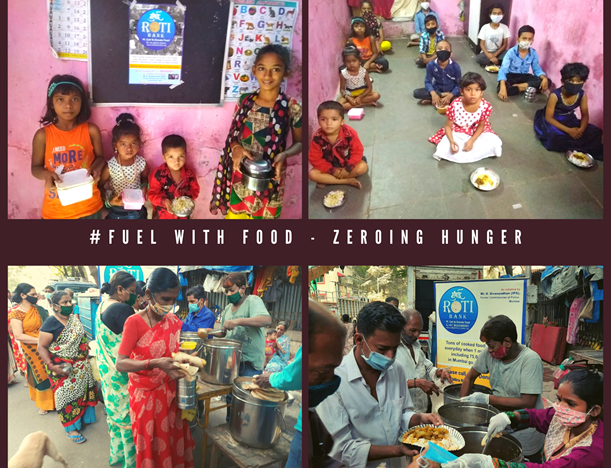 Xoriant (Fuel with Food)- A sizable portion of the population remains below the poverty line, as many people cannot afford four square meals per day. On 1 September 2020, Xoriant launched its Corporate Social Responsibility (CSR) initiative, “Fuel with food – Zeroing Hunger,” with the goal of eradicating hunger, food waste, and malnutrition among the masses. GetInsured collaborated on this initiative with NGO partner RotiBank, a non-profit food rescue organisation. The RotiBank is operated by a team of in-house cooks who adhere to certain standard operating procedures in order to maintain a high level of hygiene and quality in their kitchen.

The impact on poverty eradication and hunger abolition

The outbreak of the COVID-19 pandemic in India disproportionately impacted a few states, particularly Mumbai, because a large number of migrant workers were forced to return home on foot after losing their only source of income in Mumbai. Due to the fact that the majority of them were daily wage earners who had lost their jobs, several families slept hungry in their homes or were stranded outside hospitals and railway stations.

To combat poverty and excessive hunger, RotiBank began serving approximately 7,000-8,000 meals per day with the assistance of various sponsors such as Xoriant and GetInsured. The company served a total of 12,000 meals in September 2020, or 400 meals per day in Mumbai. However, this activity became ongoing in October 2020, when Xoriant and GetInsured agreed to contribute equally to providing 600 meals per day to this cause. RotiBanks were also established in other cities such as Hyderabad, Nagpur, Coimbatore, and Chennai with the goal of uplifting the masses through the eradication of hunger and poverty, as part of the ‘Fuel with Food’ programme.

RotiBank volunteers included Samaritans, individuals, and children who could donate food directly to the needy or through a network of organisations, mess, schools, and hospitals with which they had a tie-up for excess food distribution. Contributions in cash and in kind from a variety of sources were critical in funding a larger fleet of vehicles to handle logistics in order to liberate people from the suffocating grip of hunger. Collaborations with several schools and colleges aided the volunteers in feeding the masses while managing daily operations. By spreading the word and increasing awareness of this initiative, the masses were able to find some relief from the agonising plight of hunger.

The Fuel with Food initiative is aligned with one of the United Nations’ seventeen Sustainable Development Goals (SDGs) aimed at achieving a more just and sustainable future for all. They have already served approximately 1,57,800 meals in the vicinity of Mumbai and Navi Mumbai between September 2020 and May 2021.

The year 2021 ushers in a new era marked by more ambitious goals for a hunger-free world. Simple steps such as shopping wisely, tracking one’s waste, eating leftovers, and raising awareness about the causes of excessive hunger and how to end it will undoubtedly make a significant difference in the lives of the less fortunate.

The RotiBank’s mission is to provide 10,000 daily meals to Mumbai residents while also increasing the nutritional value of the meals served. Newer cooking equipment, such as boilers, was purchased in conjunction with the establishment of new centres in Uttar Pradesh and Bihar with the goal of eradicating hunger and malnutrition. Increased awareness of this initiative is planned among youth and children by involving them in the noble cause of sharing and hunger alleviation.

GetInsured intends to continue assisting the Company’s communities in their regional offices in Atlanta and Dallas. This initiative will soon succeed in eradicating hunger and malnutrition in India post-COVID.