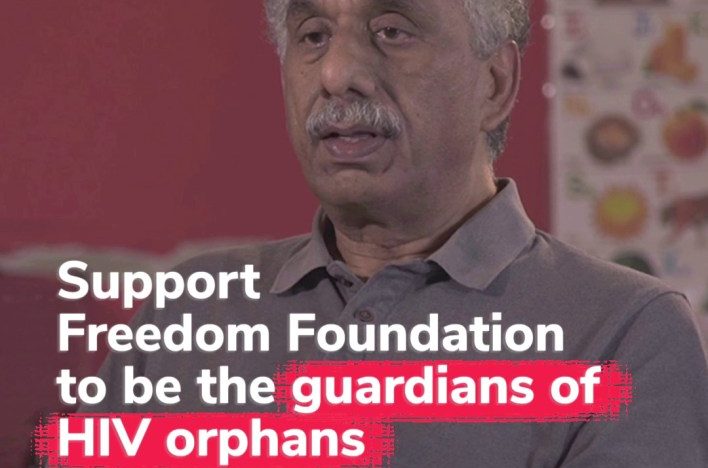 Lifestyle in the 1980s was way different in terms of awareness for certain diseases like HIV, AIDS and alcoholism even in the United States of America. It was a very prevalent ailment and the social stigma attached to it was enormous. Ashok Rau, the CEO of Bengaluru based Freedom Foundation lost a very dear university mate to this disease, which propelled the inception of this Foundation in 1990 in a spare room of his apartment. Two years later, this Foundation was launched in 1992 along with his like-minded co-founder, Karl Sequeira to provide a de-addiction programme and support to people suffering from HIV. The untimely demise of his father due to alcoholism spurred the direction that the Foundation had taken. Hence the birth of Freedom Foundation happened, which helped alcoholics and drug addicts overcome their addiction. Since the issue of addiction was grossly misunderstood and there was a social stigma attached to it and HIV AIDS, the foundation began to provide free treatment to those who couldn’t afford it and create awareness sessions for the same. They moved to their current location in Hennur in 1994 in pursuit of a bigger space, to treat patients from all backgrounds. Hence the setting up of a “guilt-free, shame-free, safe environment” called the Freedom Foundation, in which people with HIV AIDS could live and experience companionship.

The three pronged strategy or policy initiative was followed to bring about an awakening, keeping in mind the cultural and societal nuances. The first strategy focused on bringing about a paradigm shift or innovation in the way these issues were being addressed. The second strategy was to demonstrate the innovation, i.e. there were a critical mass of people who were regular clients at the Foundation, given the opportunity to share their problems and the benefits of getting rehabilitated. The third strategy would be to make the change inclusive of the entire community and to create a mass for the demonstrative ability, while they are handed over to the respective stakeholders like the Government, other NGOs etc.

Treating ‘substance abuse’ was one of their focus areas and Freedom Foundation was a pioneer in this field to have initiated a clinically proven strategy and professional structure to address this issue. Mr Rau started the foundation with a mere INR 30,000 in one of the rooms of their apartment, which he collected after selling off his prized possessions. Initially, the foundation struggled a lot in garnering funds but eventually they established a name for themselves in this space of ‘Substance Abuse’. Since their lines of treatment were affordable and accessible to all, their client base gradually encompassed people from all walks of life. Within the second year of their inception, the foundation had spread its wings pan India but towards the end of the second year, some of their clients tested positive for HIV. This initiated the deep-seated issue and since they were dealing with a high-risk audience, they set up a facility in Hennur in 1994 to provide accommodation, food and companionship to the HIV AIDS-infected group, fighting against all odds from the villagers.

Their second focus area was on treating HIV and creation of a facility where each of the sufferers could lead a guilt free, shame-free and safe life. Though there were huge challenges in terms of its funding, resources and acceptance from the traditional villagers, their obstinacy and resilience helped them to forge ahead with many initiatives like, treating HIV in children and promoting the self-help groups for women. From 1991 to 1998, the Foundation worked on the Open Door Policy where they would sensitize corporates, philanthropists and entities just by making them visit their facilities to create awareness, thereby rolling out several initiatives to tackle this issue under different possibilities like prevention of mother to child HIV transmission and health financing schemes like insurance etc. for HIV ,AIDS, alcoholism infected people. It was in 1998 that the Government recognized their work and gave in some grants which came as a ray of hope to sustain more HIV affected people. Hence, Freedom Foundation was a one-stop solution for all problems related to drug-abuse, HIV-AIDs, alcoholism and was recognized by the United Nations and WHO knowledge bank as a Centre of Excellence in 2010. After being successful in India, their business decisions were replicated to countries like Botswana and Nigeria.

The Foundation also diversified into treating orphaned or abandoned children infected with HIV by providing institutional care as an absolute necessity. More than 700 children have been registered with them in a foster system and are India’s long term survivors, working for major corporates. Several schemes like ‘Give as You Earn’ were floated amongst the corporates which was a major hit to provide medical assistance to the orphans infected with HIV. However, many of these donors became unemployed due to the global pandemic in 2020 and resources became nullified. Since there is a lot of uncertainty, long-term funding will help the project to evolve as it address all the issues.

bandoned children have always been their priority and their motto has been to reach out to more and more children to give them a ‘voice’ to allow them to speak up so that their issues are heard. Their education and health have been given precedence and they have been successful in contributing to the development of the country. So apart from preliminary education, higher education has become more relevant today as these kids certainly deserve the best, whilst they try to come out of agony.

The global pandemic has been a major financial hurdle in the success story of the Foundation. For the abandoned children, this foundation should be their permanent home so that they can come back to this abode even after many years. Creation of a facility to address the woes and unique needs of a woman is a major milestone, that the Foundation is trying to achieve in the years to come. Hence there has to be a long-term funding from CSR or philanthropists, which is the need of the hour. Once the Foundation gets adequate funds, better treatment can be meted out to more and more people, which will ensure a guilt-free and shame-free life to all.

Freedom Foundation has come a long way since its inception in liberating and rehabilitating drug addicts, HIV/AIDS infected people and people who are a prey to alcoholism. Being a one stop solution pan India, their operational strategies will be successful in finding light at the end of the tunnel and liberating India of addiction and alcoholism.