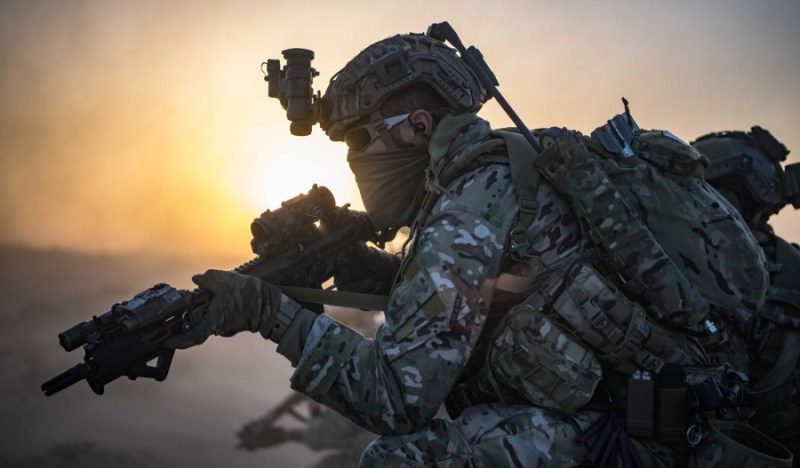 Garuda is depicted in Hindu mythology as a demi-god—a legendary entity who is half man and half eagle—swift, endowed with enormous power, and Lord Vishnu’s vahan (carrier). Appropriately, given its characteristics, Garud is also the nomenclature for the Indian Air Force‘s newly formed Special Forces Unit (IAF). The IAF symbol features a Himalayan Eagle. Garuds, like the Indian Army’s commandos and the Indian Navy’s MARCOS (Marine Commandos), form the IAF’s commando unit, albeit with significantly better multi-tasking capability. 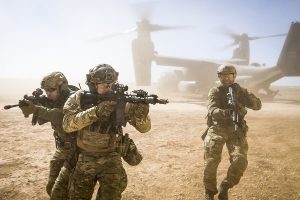 The IAF commando team was formed in response to the daring attacks on two major air bases in Jammu and Kashmir in late 2001 by Pakistan-sponsored and trained terrorist organisations. Despite the fact that the attacks on these facilities’ main entrances were successfully resisted and the terrorists destroyed, a need for a specialised force to protect the IAF’s key and vulnerable assets was felt. While the Indian Army protected selected IAF airfields, particularly those in terror-prone areas, its soldiers were constantly rotated out, necessitating retraining for newly incoming units. As a result, the IAF decided to establish a specialised commando unit for particular dedicated air force missions.

Initially proposed in early 2002, the concept called for a specialised force comprised of 2,000 commandos. The gang was previously called ‘Tiger Force’ before being renamed ‘Garud Force’. Around a year later, in 2003, the Government of India authorised the formation and training of a 1,080-strong force along the lines of the army’s paracommandos and the navy’s MARCOS, but with the additional mandate of conducting niche air force-specific operational tasks. As a result, the first batch of 100 volunteers from the Indian Air Force’s No. 1 Airmen Training Centre in Belgaum, Karnataka, has been designated to get commando training in Gurgaon, Haryana. The Garud Force was founded in Delhi on February 6, 2004 with 62 of the initial 100 volunteers completing the training curriculum satisfactorily. The Garuds made their public debut during Delhi’s Air Force Day celebrations on October 8, 2004.

Unlike its counterparts in the army and navy, officer candidates for Garud commandos are selected from volunteers of other branches. Recruitment of airmen to the Garud Force is done directly through Airmen Selection Centres. Candidates found eligible for the force undergo a 52-week basic training course, which is one of the longest among all the Indian Special Forces because it also includes basic airman training.

The initial phase is a three-month probationary, mainly rigorous physical training, which filters out the promising candidates for the next higher phase. The initial phase, which usually has a high attrition rate, is conducted at the Garud Regimental Training Centre located at Air Force Station, Chandinagar, District Bagpat, Uttar Pradesh. The subsequent phase of special operations training is imparted with assistance from the special group of the Special Frontier Force, the Indian Army, the National Security Group and the para-military forces. The IAF, however, is on the threshold of establishing its own advanced training facilities. Those who qualify, proceed to the Parachute Training School at Agra to complete the basic airborne operations phase. The remainder of the phases consists of other niche fields such as jungle and snow survival, bomb demolition, and so on.

Garuds also train with the Army’s Counter Insurgency and Jungle Warfare School. The final phase of training consists of active operations on being attached to operationally deployed Special Forces Units of the Indian Army, which helps the Garuds to gain firsthand operational experience. After induction, the Garuds are required to hone their skills further by undergoing advanced training, including specialised weapons handling. A few selected Garuds have also undergone training in foreign countries like the US, and so on.

Aspiring to be a 1,500-strong force, at present there are around 1,080 Garuds. Garud air warriors are inducted as airmen within the IAF’s rank structure. The force is organised into 15 ‘Flights’. A Garud flight is roughly the equivalent of a ‘Company’ in an infantry battalion of the Indian Army and is commanded by ay an officer of the rank of Squadron Leader/Flight Lieutenant. The flights are individually based at various Air Force Stations, where they are operationally deployed.

Garuds are not limited to being a base protection force to safeguard airfields and IAF’s key assets which tasks are by and large performed by the Air Force Police and personnel from the Defence Security Corps. Specially trained Garuds operate more on the lines of the army’s para-commandos and the navy’s MARCOS to undertake missions anywhere, including behind enemy lines. However, even though trained to perform diverse and high-risk tasks, their role generally remains specific to the air force, including security of vital IAF installations in the vulnerable border areas.