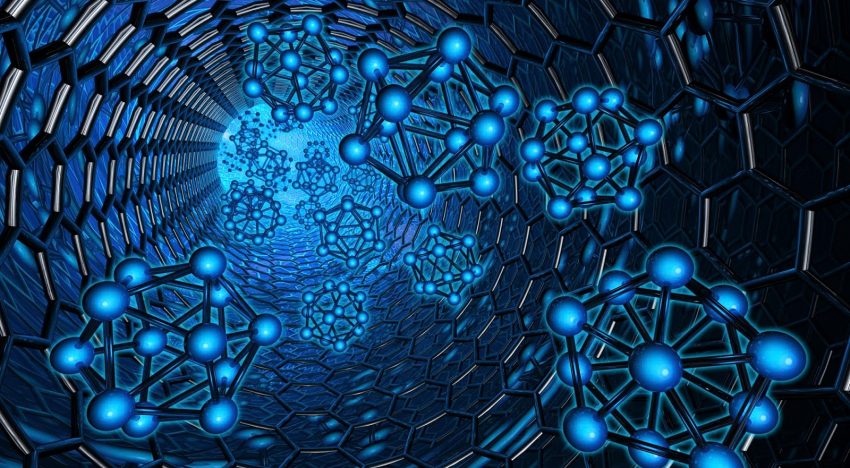 Researchers discovered that a biological nanoparticle — a plant virus — is capable of delivering pesticide molecules deeper below the ground, to places that are normally beyond their reach

The work could help farmers better manage difficult pests, like parasitic nematodes that wreak havoc on plant roots deep in the soil, with less pesticide. The work is published May 20 in the journal Nature Nanotechnology.

“It sounds counterintuitive that we can use a plant virus to treat plant health,” said Nicole Steinmetz, a professor of nanoengineering at the UC San Diego Jacobs School of Engineering and senior author of the study. “This is an emerging field of research in nanotechnology showing that we can use plant viruses as pesticide delivery systems. It’s similar to how we’re using nanoparticles in medicine to target drugs towards sites of disease and reduce their side effects in patients.”

Pesticides are very sticky molecules when applied in the field, Steinmetz explained. They bind strongly to organic matter in the soil, making it difficult to get enough to penetrate deep down into the root level where pests like nematodes reside and cause damage.

To compensate, farmers end up applying large amounts of pesticides, which cause harmful residues to build up in the soil and leach into groundwater.

Steinmetz and her team are working to address this problem. In a new study, they discovered that a particular plant virus, Tobacco mild green mosaic virus, can transport small amounts of pesticide deep through the soil with ease.

In lab tests, the researchers attached a model insecticide to different types of nanoparticles and watered them through columns of soil.

Tobacco mild green mosaic virus outperformed most of the other nanoparticles tested in the study. It carried its cargo down to 30 centimeters below the surface. PLGA and mesoporous silica nanoparticles, which researchers have studied for pesticide and fertilizer delivery, carried their payloads 8 and 12 centimeters deep, respectively.

The researchers hypothesize that nanoparticle geometry and surface chemistry could play a role in how it moves through the soil. For example, having a tubular structure might partly explain why Tobacco mild green mosaic virus travels farther than most of the other nanoparticles that are spherical in shape. Also, its surface chemistry is naturally more diverse than synthetic particles like PLGA and silica, which could cause it to interact with the soil differently. While these design rules may apply to Tobacco mild green mosaic virus, the researchers say more work is needed to better understand why other nanoparticles behave the way they do.

“We’re taking concepts we’ve learned from nanomedicine, where we’re developing nanoparticles for targeted drug delivery, and applying them to agriculture,” Steinmetz said. “In the medical setting, we also see that nanocarriers with skinny, tubular shapes and diverse surface chemistries can navigate the body better. It makes sense that a plant virus can more easily penetrate and move through the soil — probably because that’s where it naturally resides.”

In terms of safety, Tobacco mild green mosaic virus can infect plants of the Solanaceae (or nightshade) family like tomatoes, potatoes and eggplants, but is benign to thousands of other plant species. Also, the virus is only transmitted by mechanical contact between two plants, not through the air. That means if one field is being treated with this virus, nearby fields would not be at risk for contamination, researchers said.

The team also developed a computational model that can be used to predict how different pesticide nanocarriers behave in the soil — how deep they can travel; how much of them need to be applied to the soil; and how long they will take to release their load of pesticide.

“Researchers working with a different plant virus or nanomaterial could use our model to determine how well their particle would work as a pesticide delivery agent,” said first author Paul Chariou, a bioengineering PhD student in Steinmetz’s lab at UC San Diego.

“It also cuts down on experimental workload,” Chariou said. Testing just one nanoparticle for this study involves running hundreds of assays, collecting all the fractions from each column and analyzing them. “This all takes at least one month. But with the model, it only took us about 10 soil columns and 4 days to test a new nanoparticle,” he said.

As a next step, Steinmetz and her team are testing Tobacco mild green mosaic virus nanoparticles with pesticide loads. The goal is to test them in the field in the near future.