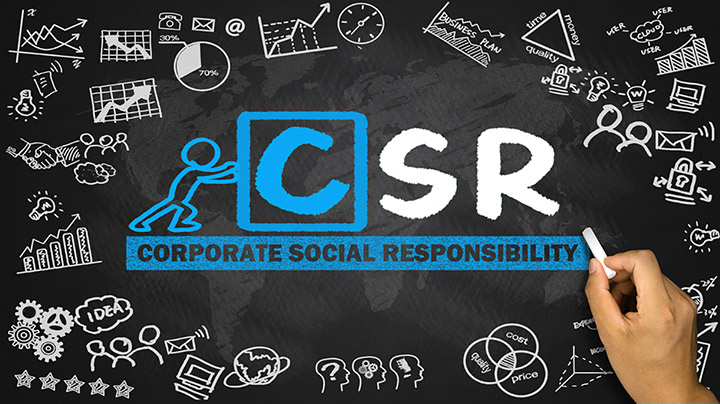 Addressing the National CSR Awards ceremony in New Delhi , President Mr. Kovind said, it is important to internalise social welfare in the corporate culture and the companies has shown that it is possible to be profitable while being socially and environmentally responsible.

Commending the efforts of Ministry of Corporate Affairs for initiating the National CSR Awards in the year of Gandhiji’s 150th birth anniversary, he said, these awards will be conferred every year on 2nd October.

President Ramnath Govind said, many illustrious business families like Tata, Birla and Bajaj and many others associated with our freedom struggle were sensitive to their social responsibilities. He said, Mahatma Gandhi developed the principle of trusteeship on the basis of the generosity of industrialists associated with him. He further said that every fiscal year since 2014-15, the corporate sector has set aside more than Rs. 10,000 crore for social welfare and various social sectors like education, environment, health, poverty eradication, sanitation and safe drinking water have benefitted from this effort.

He said, India has been consistently improving its rank in ease of doing business indicator by the efforts of the government and the government is also sensitive about the need to calibrate the CSR (Corporate Social Responsibility) regime to make it more effective.

Mentioning a quote, the president said, respect is achieved by donating the wealth not by storing it, clouds attain a higher position by giving away water whereas the oceans remain at a lower position by storing water.