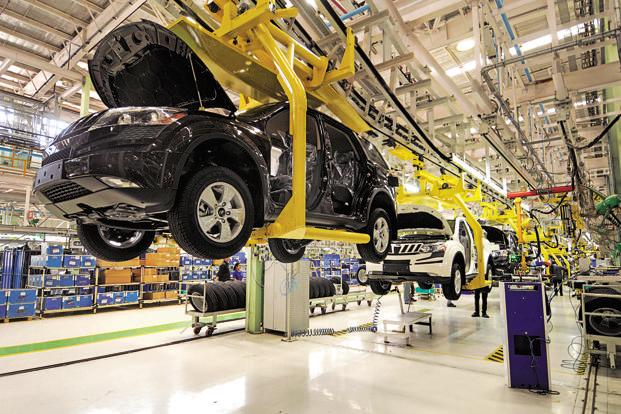 NBFCs, which in a normal year disburse Rs 25,000 crore to Rs 30,000 crore, used relatively easy CIBIL criteria to lend. Now, their customers are struggling to get alternative sources of funding.

Rejection rates for new vehicle financing have shot up to 15-20% against 3-4% during normal periods, hurting sales which had slipped to a decade-low earlier this year. Some non-banking finance companies have pulled back from a market that had lent to 15-20% of car buyers, although private banks say liquidity is not an issue and they have not changed lending criteria.

NBFCs, which in a normal year disburse Rs 25,000 crore to Rs 30,000 crore, used relatively easy CIBIL criteria to lend. Now, their customers are struggling to get alternative sources of funding.

The country’s top three carmakers said one in five applications for car loans is being rejected. They said the rejection rate in the past used to be 3-5%, in the best case scenario.

Banks have put in place a couple of steps which shows their cautious approach to new vehicle loans. First, they have increased the margin money customers pay and have limited financing to the ex-showroom price of a vehicle from the usual practice of funding the on-road cost.

This has increased the cost of ownership for new car buyers.

Some banks have hiked a customer’s CIBIL score requirement to approve loans and increased the loan-to-value ratio for the upfront amount to be paid before a loan is sanctioned, said Shashank Srivastava, executive director, sales and marketing at Maruti Suzuki, India’s largest carmaker.

Lenders are also asking for collateral to finance inventory at dealers, a senior executive at a leading carmaker said, which is a never before seen risk aversion among bankers for auto loans.

Second, bankers are asking for 25-50% collateral to finance inventory.

Earlier, vehicles parked at the depot were automatically treated as collateral.

Banks believe dealers have been diverting money meant for inventory financing to invest in stocks and real estate.

Last, a lower credit rating for NBFCs following the crisis has reduced the size of their balance sheet due to a credit squeeze.

The rejection rate for new car loans has touched 20% and the situation is especially dire for customers in small towns, said Vikas Jain, national sales head at Hyundai Motors India.

“There is no dearth of loans for salaried and corporate customers.

It is the small business people, professionals, farmers among others that are facing challenges in getting loans sanctioned,” Jain said.

Banks, however, say there has been no significant change in rejection rates for car loans.

The criteria of disbursal for retail customers at HDFC Bank have not changed, said Nitesh Nagori, executive vice president and business manager – car loans at HDFC Bank, the country’s largestprivate lender for cars.

Nagori said more than half-adozen new models from various manufacturers are on the anvil, and since there is a waiting period for new models, disbursals are taking time. Vyomesh Kapasi, CEO, Kotak Mahindra Prime, an NBFC, said its rejection rate is usually 15% for new cars, but it has gone up slightly in the recent past. Whenever sales slow, the rejection rate goes up, he said.

“There is nothing different this time. What we are observing this time is approval to conversion rate going down. It looks like the lead time between approval to conversion has gone up. This also gives me confidence that we may see revival in demand in the upcoming festive season,” Kapasi added. State Bank of India did not respond to an email on the subject.

Bank credit to vehicle loans touched Rs 2 lakh crore at the end of FY19 and constituted 8.85% of the total retail loans and 2.3% of the total non-food credit, according to RBI data. According to CIBIL data, the average balance per account for auto loans stood at Rs 3.68 lakh in December 2018, compared with Rs 3.38 lakh in June 2017.

Vehicle loans grew 13.73% annually between FY14 and FY19, while volumes of all vehicles grew 7% in the same period, as per RBI data. This suggests that vehicle growth is mainly driven by higher financing.