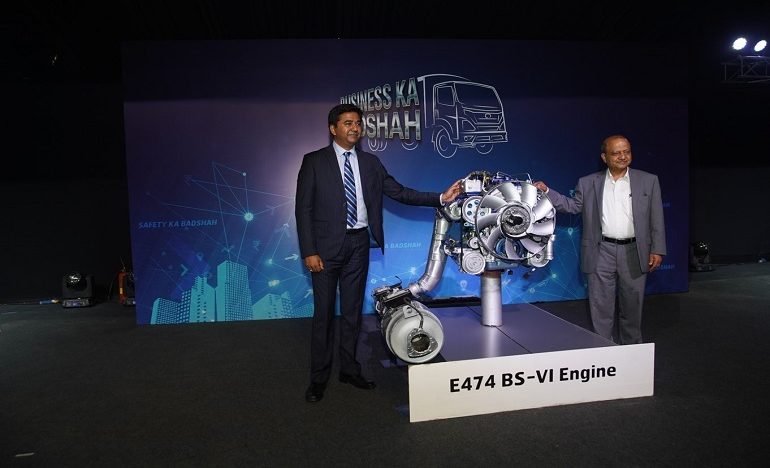 Volvo Eicher Commercial Vehicles(VECV), a joint venture between Sweden’s AB Volvo and India’s Eicher Motors, on Monday unveiled the country’s first commercial vehicle that is compliant with BS-VI emission norms, which are set to roll in from April 2020.

Vinod Aggarwal, managing director of VECV, said the company has been making Euro-VI compliant engines for its partner Volvo for six years and was able to leverage this experience to make BS-VI-compliant vehicles for India ahead of the emission norms rollout date at an investment of Rs 500 crore – a much lower expense than what a manufacturer starting the development from scratch might have to make. Euro-VI norms are equivalent to BS-VI norms.

“We are in a relatively advantageous position. We have all the experience and knowledge of the challenges and issues that emerge during the implementation of these engines,” Aggarwal told ET, adding that the savings in investment will be passed on to consumers.

According to Aggarwal, the BS-VI-compliant vehicles will go on sale only in the latter half of the current financial year based on demand environment and availability of BS-VI compliant diesel fuel.

Aggarwal said demand for commercial vehicles in India has contracted in recent months, and with the impending transition to the new emission norms weighing down on margins, profitability for the company during this financial year “looks stressful”. The company will, however, favour profitability over market-share, he said.

The MD said he expects sales to pick up from September as consumers are likely to start pre-buying vehicles to avoid paying higher prices for the BS-VI compliant vehicles. The pre-buying will compensate for the demand slowdown and the industry may even post a marginal growth for the complete year ending March 2020, he said.

Infrastructure activity too should pick up, according to Aggarwal, now that the election is over. This will revive demand for heavy commercial vehicles.

Aggarwal said the company does not have the problem of inventory piling up with its dealers—currently a big concern in the Indian automotive industry.