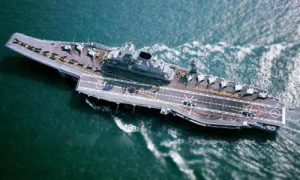 The commanders will extensively deliberate on emerging challenges facing the country in the maritime domain at a three-day conference which began Monday.

In her address, Sitharaman touched upon various operational issues and said the primacy of the Carrier Battle Group (CBG) in maritime operations and its ability to shape the battle space was very evident. 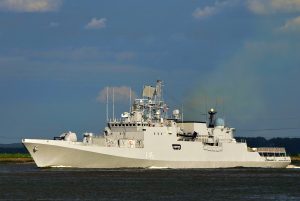 The defence minister also complemented the Navy for its quick transition from “exercise mode to battle mode” following the Pulwama attack.

Aircraft carrier INS Vikramaditya, nuclear submarine Chakra, 60 ships and nearly 80 aircraft were put on operational deployment in the North Arabian sea in the wake of escalating tension between India and Pakistan following the Pulwama attack.

The naval assets were part part of the theatre level operational readiness exercise (TROPEX 19), but were redeployed in North Arabian sea following the strain in Indo-Pak ties. 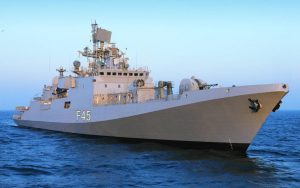 Sources said the commanders will explore ways to bolster the Navy’s operational capabilities in the wake of China’s growing naval presence in the Indian Ocean Region.

“A strong Navy remains a necessary guarantor of India’s security and prosperity,” Sitharaman said, in her address.

Navy officials said the commanders conference is expected to fine-tune the force’s strategy for responding to any possible threats and added it will discuss overall security challenges in the backdrop of the Pulwama attack and developments thereafter.

The conference is the apex forum within the Navy for interaction among the naval commanders.

Themes like functional reorganisation of Indian Navy towards improving operational efficiency and optimal manning will form the core of discussions towards finalising long term road map for the force, the Navy said.