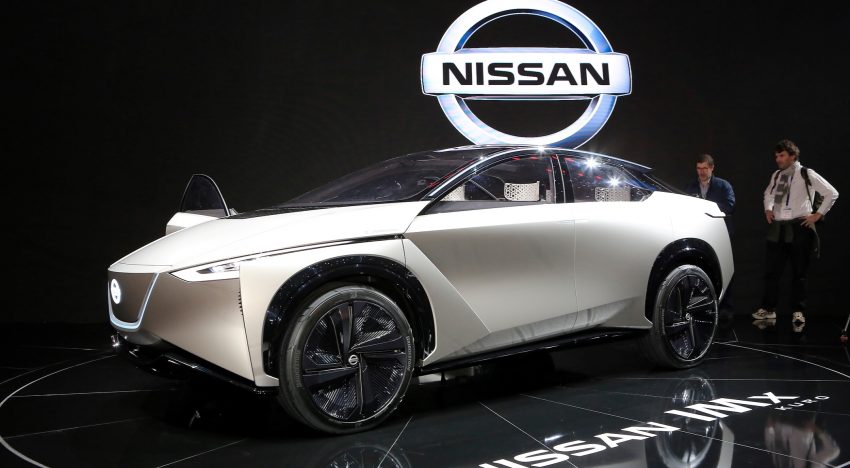 Nissan’s advanced technologies including platforms and electric powertrains could give it leverage in a merger involving Renault and Fiat Chrysler, thanks to a royalty system it has with its French alliance partner, two people with knowledge of the matter told Reuters.

A merged Renault-Fiat Chrysler could face an extra hurdle each time it uses technology developed by Nissan Motor or Mitsubishi Motors, while the two Japanese automakers stand to gain a client in Fiat Chrysler Automobiles, one of the people said. Both sources declined to be identified because of the sensitivity of the matter.

Nissan’s technology, particularly in electrification and emissions reduction, could give it some sway in the $35 billion potential tie-up between Renault and FCA, even as its stake in the newly formed company would be diluted.

This has long been a sticking point for Nissan, and an area where Nissan could seek more favorable terms.

“Whenever Nissan transfers platform, powertrain or other technology to Renault, there is a margin or royalty which Renault has to pay for use of that tech,” one of the people said. “In that sense, FCA, if everything went well, would become another ‘client’ of ours and that’s good. More business for us.”

A Nissan’s spokesman declined to comment on its royalty system.

The potential Renault-FCA deal has complicated the Japanese automaker’s already uneasy alliance with Renault. A further deal with Fiat Chrysler looks likely at least in the near term to weaken Nissan’s influence in the 20-year-old partnership.

Renault owns a 43.4 percent stake in Nissan and is its top shareholder. Nissan holds a 15 percent non-voting stake in Renault and would see that diluted to 7.5 percentr after the FCA deal, albeit with voting rights. The imbalance between the two has long rankled Nissan, which is by far the larger company.

Renault had previously angled for a merger with Nissan but has been rebuffed by CEO Hiroto Saikawa.

Securing benefits from the merger deal will be important for Saikawa, who is grappling with poor financial performance while he struggles to right the company after the ouster of former Chairman Carlos Ghosn last year.

By joining forces, Renault and FCA hope to consolidate what would have been two electric vehicle development programs into one, and then deploy the resulting technology across a much larger range of vehicles, reducing costs.

FCA, which foresees trouble in meeting increasingly stringent emissions regulations in both Europe and China, would likely benefit significantly from Renault powertrain technologies.

Many of these technologies have been strengthened by r&d led by Nissan, the first automaker to launch a mass-market full-electric vehicle. The Nissan Leaf is the world’s top-selling EV, with sales of more than 400,000 since its launch in 2010.

The company has also found unexpected success with its e-Power gasoline hybrid system. It could use its technology as a negotiating tool with Renault and FCA.

Technically, any deal between Renault and FCA would not involve any structural change in Renault’s confidential partnership agreement with Nissan, the Restated Alliance Master Agreement, although FCA would join Renault as a counterparty to the pact.

But Nissan does stand to benefit from a more balanced capital structure in the merger.

As the combined Renault-FCA company would be domiciled in the Netherlands, the French government would lose its double shareholding permitted under France’s Florange Law.

As a result, the French government would be left with a 7.5 percent voting stake in the new company, potentially easing a source of tension between Nissan and Paris, as the current arrangement effectively hands the government outsized influence over the Japanese automaker.

There is also the issue of regional overlap. FCA and Nissan are rivals in the North American truck, crossover and SUV market, where Nissan has struggled with poor margins.

“Nissan is struggling in the United States. Will pairing up with Chrysler help? Not really,” said Takeshi Miyao, managing director of consultancy Carnorama. He said Nissan could seek compromises in other areas if Renault-FCA were to seek consolidation in the region.

Southeast Asia, where the third member of the Renault-Nissan alliance — Mitsubishi Motors — dominates vehicle sales, could also be an area for potential horse-trading with Renault and FCA as they expand their presence in the fast-growing market. Here, Mitsubishi could negotiate hefty concessions in return for distribution in Indonesia, Thailand and other countries.

“Our main market is the ASEAN countries, so we would like to know how cooperation would look in this region,” Mitsubishi Chairman Osamu Masuko said on Wednesday.