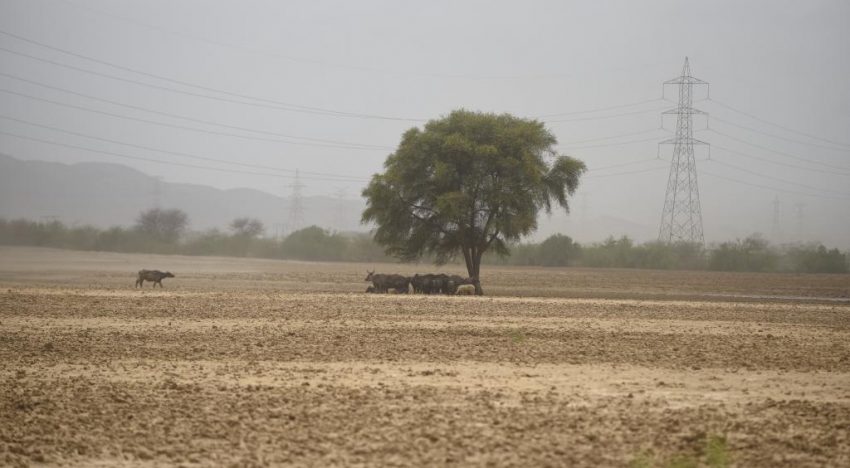 India revised its land restoration target to 26 million hectares from the previous 21 million hectares in the recently held United Nations Convention to Combat Desertification. Experts, however, said there is long way to go and that some strategies need an overhaul.

Expressing concern over the prospect of developing solar photovoltaics technologies on degraded lands, Nitin Pandit, director, Ashoka Trust for Research in Ecology and the Environment (ATREE), Bengaluru, said all wastelands are not degraded lands, and that there was a need to revisit the definition of ‘wastelands’ and ‘wastelands classification system’.

He said due caution must be exercised in setting standards and policies for restoration of degraded lands. He was speaking at a webinar organised by CSIR-National Environmental Engineering Research Institute (CSIR-NEERI) on rejuvenation of degraded and wastelands.

Choosing the right sites is important in restoration of degraded lands for building resilience and benefiting livelihoods, he added.

“Land application of biosolids, the end product of wastewater treatment that are rich in organic matter and plant nutrients, could be a better option for rejuvenating wastelands. CSIR-NEERI should explore the use of biosolids to enhance productivity of degraded lands” said Pandit.

The webinar was also joined by Umakant, joint secretary, Department of Land Resources, Ministry of Rural Development. He said wastelands and degraded lands could play an important role in the Indian economy as 40 per cent of our population is based on wastelands or degraded lands.

“Cost benefit analysis and scientific inputs could play a vital role in formulation of effective policies for restoration of wastelands and degraded lands” he said.

During his talk he urged CSIR-NEERI scientists to work with International Union for Conservation of Nature (IUCN) to develop internationally acceptable and verifiable metrics to assess the degraded lands and wastelands.

He also briefed about the ‘Wastelands Atlas’ brought out by Ministry of Rural Development to effectively assist in rolling back wastelands for productive use through various land development schemes and programs.

Umakant also informed that since 2014-15, approximately seven lakh water harvesting structures have been created and an additional area of 14.55 hectares has been brought under protective irrigation by the state government. He added that India has so far restored 23 million hectares degraded land whereas the international commitment is 26 million hectares.

The webinar was held in the memory of Ashok S Juwarkar, renowned former scientist of CSIR-NEERI and land rejuvenation expert. India Science Wire