Home News New Technologies Green & Environment Restoring lakes not an engineering task: How some communities did the job 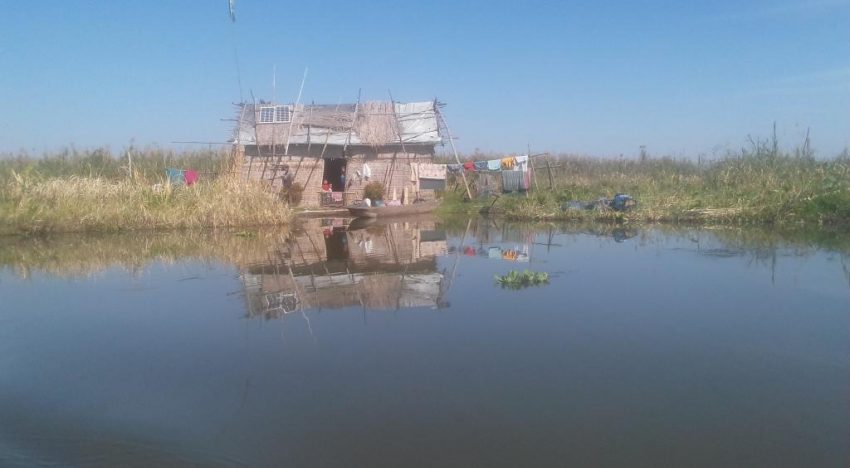 Forests are dying out faster than imagined. So are wetlands, lakes and ponds. Revival, however, is on the cards: Local bodies and activists are leading by example and working to save the dying the lakes in urban and non-protected areas.

Teachers and students of KK School in Bengaluru’s Varthur, for example, took up on themselves to preserve a dying lake in the vicinity of the school. “The lake started deteriorating in 1981. The work to preserve it from further falling prey to urbanisation started around 1985, and since then, the efforts are on,” said MA Khan, headmaster of the school.

Khan said the fish in the lake started dying due to the sewage waste. “Students often asked about the foul smell emanating from the lake. We eventually decided to engage them in conservation work,” he added.

Over the years, the school conducted various studies to get the attention of the state government and local bodies on the deteriorating condition of the lake. “We conducted water-quality tests and identified heavy metals contaminating the bore wells. Pollutants entered the food chain as well,” Khan said.

“With the help of local authorities, we reduced the inflow of sewage, allowing a significant amount of treated wastewater to enter the water body. The Bruhat Bengaluru Mahanagara Palike has now agreed to revive the lake, after 35 years of efforts,” Khan said.

The revival of Jakkur lake, with integrated wetlands ecosystem in Bangalore, is another example of community effort. According to Ramachandra, the lake was revived by treating the wastewater entering the lake in three parts. 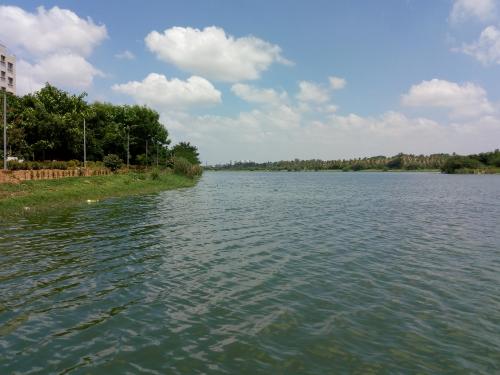 First, all solid material and chemicals were removed. Second, the sewage treatment plant (STP) removed nutrients and ions from entering the water body. Third, natural algae ponds or ecosystem were created for the lake to undergo a biophysical and chemical process.

Ramachandra added that such self-sustainable ways, along with the confidence of stakeholder, can help restore the lake by 90 per cent.

“Citizens’ participation is as important as that of locals. Meetings with residents on awareness and restricting the visiting hours help maintain the ecosystem,” he added.

Having faced trouble reviving Sarraki, Chunchaghatta and Doddakallasandra lakes, citizens are fighting in the court of law, said M Eswerappa, a researcher.

“According to the lake management authorities, lake restoration requires a mere removal of silt and concretising the lake. We have seen lake restoration as an engineering project, but it should be treated as a biological entity. Lakes such as Hoskere, Hebbal, Varthur and Yelahanka were monitored, before and after the so-called restoration process,” said Alakananda, a scientist at Bengaluru-based Gubbi labs.

She added that the presence of diatoms, which are bio-indicators depicting the health of the water body, were the same before and after the restoration. “Hence, there is a need for ecological restoration. Fencing, concretising or aesthetics can come later,” she added.

Social groups in Pune, Maharashtra, are also working to restore lakes. One such lake is Khatpewadi, built in 1972 to mitigate the drought situation in the area. The lake is also a catchment area for the rivers and lake downstream to Pune. “But it is shrinking and water table reducing,” said Virendra Chitrav, co-ordinator of the Ramnadi Restoration Mission, a campaign to save the dying river.

In the last one year, the dam has been de-silted and its capacity increased 25 per cent. “The de-silted soil was put along the rim of the lake to restore the saucer-like shape. Besides, native plants are protected, and not a single drop of concrete used,” he added.

The co-ordinator said nesting and visibility of birds has increased. “The groundwater levels recharged; villagers did not experience any water scarcity either. We plan to create water beds and a safe habitat for migratory birds as well,” he added.

The Maharashtra government, meanwhile, seems to be doing its bit to preserve unique spots. One such spot is the 50,000-year-old Lonar (crater) lake. It is the second-biggest crater in the world and the only saline water lake in India. It is protected by the state forest department.

“There were some suggestions from the Aurangabad Bench of Bombay High Court regarding its preservation, and they were implemented over the years,” said Suman Chandra, district collector, Buldhana.

Chandra claimed the efforts helped stop the sewage from the villages from entering Lonar lake water. “An observatory will be set up to monitor the water quality. Constructions around the rims of the lake have been entirely removed. Additionally, construction of the road towards Ajanta will be stopped soon,” the district collector said.

He added: “Lonar lake is healthier now. Efforts are underway to include it as a Ramsar site, which will ensure stricter conservation measures.”

Meanwhile, in Vidarbha region of Maharashtra, a group of environment lovers took up the cause of saving a lake in Gondia. The lake was under threat of fishing overexploitation, de-siltation of the water body for rainwater harvesting projects and encroachment.

Tanya Majmudar, a member at Kalpavriksh non-profit, who studied the impacts and restoration works, said, “De-silting was done with excavators that also eroded the aquatic flora and fauna, thus damaging the ecosystem.”

She added that the encroachment and farming activity polluted the water body and affected its water storage capacity.

“Locals from Bhandara Nisarga Va Sanskriti Abhyas Mandal, based in Arjuni Morgaon, Gondia district, and five fishing co-operatives came together to identify the cause. They found that weed was affecting the aquatic life,” Majmudar said.

Eventually, the community started planting native species and re-introducing indigenous varieties of fish. “As of 2019, the initiative has spread across 12 fish co-operatives, 43 villages and 63 lakes,” Majmudar said.

Another example witnessed in community and government participation is that of the Loktak Pat lake in Manipur, where the Ithai barrage and hydro-electric power projects did more harm to the lake than the promised benefit.

“About 60 per cent of the population is depended on fishing and ancillary activity. Due to the development works, the fish population reduced and gave rise to unwanted pollutants and water plant species,” said Salam Rajesh, a researcher.

The Manipur government in 2006 introduced an act for the conservation of lake that included natural regeneration and protection, according to Rajesh. “The lake also sustained migratory birds and wildlife. It holds unique importance as it is adjacent to the Keibul Lamjao National Park and is also a Ramsar site,” he added.

Since 2011, many conservation groups have come together to protect the areas, allowing the wildlife to feel safer and ensuring that habitats of migratory birds are untouched, said Salam.

In 2019, the Centre for Conservation of Nature & Cultivation of Science, along with the state forest department, declared a section of the lake near Thinunggei village in Bishnupur district as a bird sanctuary. It did so to protect the roosting migratory birds during the winter season, he added. 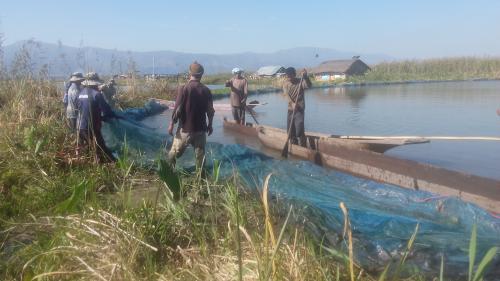 The expert added that the hydrophytes and hydro-fauna should exist according to water levels.

“Birds are the most crucial aspect of this ecosystem. They depend on algae and fauna. So, the entire food chain ecosystem needs to be established for conservation. But the effects of revival or conservation only get visible in the long run,” she added.

“It is important to understand the nuances and perceptions embedded in these efforts. What is the starting point chosen to start a revival? What is the change or revival goal kept ahead and what problems are getting addressed? Such questions need answers,” said Sumita Bhattacharyya, a PhD student at Ashoka Trust for Research in Ecology and the Environment.

Bhattacharyya feels that many a time revival projects are CSR-funded and look for immediate results. “We need to understand the stakeholders and their needs. Are these projects community-driven, see the demands and needs of the locals or have sustained goals? Many a time, the companies have to prove where the money is spent, which prevents us from having a long-term vision,” she added.