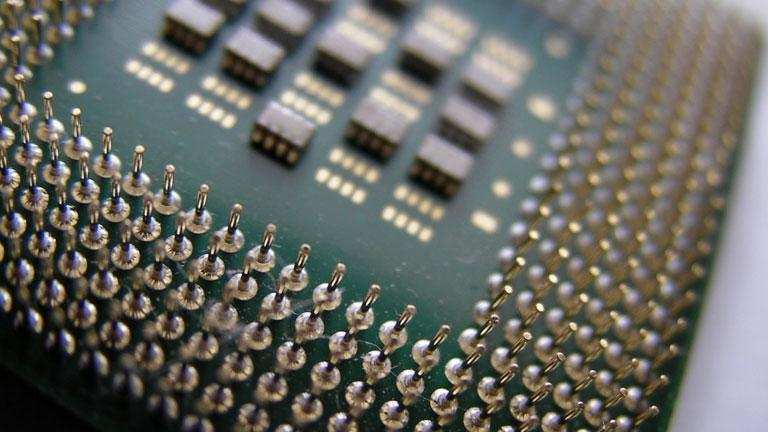 India has been taking quiet but tentative steps towards  semiconductor design capability for a few years now despite the many teething problems, as it looks at homegrown chip development as a strategic necessity.

Several attempts were made to build a semiconductor manufacturing ecosystem, including talks with leading chip manufacturers AMD and TSMC to set up a fab in the country, in tune with the thinking globally, wherein countries realized that local chip development helps protect their strategic interests.

China, for example, is building a homegrown chip program, eyeing adoption of local semiconductors in 70% of its products by 2025, up from 16% currently.

India, for its part, is seeking to create a homegrown fabless semiconductor design ecosystem, and is harnessing local talent and helping nurture academic institutions as well as startups.

The idea is to move to a parallel path from relying just on global technology companies such as Intel, AMD and ARM for microprocessors, and Qualcomm, Samsung and MediaTek for mobile telephony.

Over the last two decades, many global semiconductor companies such as ARM, Qualcomm, Intel, Cadence and Texas Instruments have set up design and software development infrastructure here, helping create a critical mass of talent that understands chip development. The government wants to use that talent to help entrepreneurs work on chip design and a fabless semiconductor ecosystem.

Taking advantage, several local companies and academia-industry incubators have mushroomed across the country, designing and testing chipsets, microprocessors and allied technology that could be used commercially.

The research and development effort, driven both by government-funded academic institutions as well as homegrown technology entrepreneurs, is focusing on promoting domestic manufacturing.

Support has also come in the form a new policy unveiled in February, which aims to make the country a hub for electronics manufacturing and gives special incentives for exports and high-tech projects, including semiconductor facilities.

The thrust of the policy, simply put, is on fabless chip design and strategic electronics capability including in the fields of medicine, automotive and power.

The Indian semiconductor component market is expected to be worth $32.35 billion by 2025, growing at a compunded annual growth rate of 10.1% between 2018 and 2025, according to the Indian Electronics and Semiconductor Association (IESA), an industry body.

Worldwide, semiconductor revenue totaled $476.7 billion in 2018, a 13.4% increase from 2017, according to preliminary results by technology consultancy Gartner, Inc.

IESA has taken a few baby steps, setting up an accelerator for fabless semiconductor startups, and is planning to accelerate 50 such startups in five years.

These startups, says IESA president Rajesh Ram Mishra, would help build a critical mass to jumpstart the next wave of companies. Already, he says, several companies have built small chips that go into set-top boxes and in solutions using Internet of Things.

For instance, Cirel Systems, a Bengaluru-based chip company has designed a small chip that goes into the digital pens used in tablets made by multinationals, Mishra says, adding the company has produced about 4-5 million such chips already.

Earlier this year, Signalchip, a niche semiconductor product company based in Bengaluru, launched a series of chips named ‘Agumbe’ (after a village in the Shivamogga district of Karnataka) that were targeted towards makers of 4G and 5G modems.

Signalchip is making inroads into the 4G/LTE (Long Term Evolution) and 5G-NR (New Radio) product market, and is being funded by Zoho Corporation and its founder and CEO Sridhar Vembu. 4G/LTE and 5G-NR are wireless communication standards that determine the speed of mobile networks.

The chips designed by Signalchip enable high speed connectivity, but are not used within phones to typically receive and convert signals.

It is vital that India develops the ability to indigenously design and develop silicon chips because wireless communications have become integral to the country’s economic and strategic interests, said Himamshu Khasnis, founder and CEO of Signalchip.

“Silicon chip design is a very challenging activity, requiring high-cost R&D, deep knowhow and mastery of multiple complex domains. Hence, this technology is not available in most countries,” he said.

Vembu of Zoho, which mentored Signalchip, agrees. “During the decoding and demodulation of signals, there is a possibility for external agencies to tap into the data. The defence community is more sensitive now; for security reasons the government also wants to know who uses the data,” he said.

The phone chip market, though, is a little more difficult to penetrate since global technology giants are already entrenched and investors are reluctant to fund long-term R&D projects.

Take, for instance, Mymo Wireless. This Bengaluru-based company incubated out from the Indian Institute of Science – Bangalore ten years ago with a vision to transform the Indian microchip industry and emerge as a challenger to US-headquartered Qualcomm.

The company initially gained expertise in chip making, focusing on building IP, licensing its technology and building chips for other companies. It was a strategic decision that helped it earn a steady 30% profit.

However, it soon realised that chip-making was an expensive proposition. When the company tried raising $20 million a year ago, no venture capitalist was willing to invest in the effort. “Indians lack the risk-taking ability to invest this much money for a longer time period. They want to see returns next year,” said co-founder Sondur Madhan Babu. Not long after, it was acquired by a US-based technocrat with a similar vision — building the next Qualcomm.

“I’m sad that we’re no longer an Indian company, but as an entrepreneur I have to think of my business. The vision at least is still the same,” Babu said.

The struggle is quite similar for Saankhya Labs, another successful Bengaluru-based startup that has been creating chipsets for use in defence, satellite communication and broadcast.

The company launched a mobile-ready, next generation system-on-chip, Pruthvi-3, which was designed for use in mobile devices, broadcast, satellite and defence communications.

Saankhya is currently a technology partner to ISRO and is working on a project for the Indian Railways. It has installed chips on 1,000 locomotives to track their locations accurately, up to a maximum time-lag of 30 seconds.

Be that as it may, the chip segment in India hasn’t really taken off due to a lack of venture capital interest and funding for hardware and product firms, said co-founder and CEO, Parag Naik.

For example, the largest semiconductor supplier, Samsung Electronics, increased its lead as the No. 1 vendor in 2018, and the combined revenue of the top 25 semiconductor vendors increased by 16.3% during 2018, accounting for 79.3% of the market, according to Gartner data.

In comparison, the rest of the market saw a milder 3.6% revenue increase, it said.

There are two types of chips essentially — semiconductors that requires huge investments, and smaller ones for products such as energy meters, LED lighting, smartcards and rural broadband.

Academia, which is mostly government-funded, is developing core technology, especially in the micro-processing space, dominated by multinationals such as Intel, AMD and ARM.

Earlier in the year, a team from IIT Bombay unveiled a chip designed completely in-house, AJIT, which is being tested for use in GPS receivers developed for India’s own satellite navigation system, NAVIC.

NAVIC is the operational name for the Indian Regional Navigation Satellite System that provides accurate real-time positioning and timing data, and was originally developed for hostile situations wherein access to foreign satellite systems would not have been guaranteed.

Madhav Desai, professor of electrical engineering at IIT-B, who is working on the digital aspects of the project, said the processor design of AJIT has been completed and the SoC based on the processor has received interest from the industry.

“If NAVIC becomes successful, there are a 2-3 companies keen to commercialise it. We are looking at June 2020 as the commercial production timeline. There is enough interest given the indigenous origin of the technology,” he said.

At counterpart IIT Madras, the microprocessor program Shakti is also in full swing.

Shakti, led by Kamakoti Veezhinathan, professor in the department of computer science and engineering, has been designed to reduce dependency on foreign computing resources and reduce the risk of cyber-attacks.

The Shakti microprocessor can be used in mobile computing devices, embedded low power wireless systems like smartphones, surveillance cameras and networking systems. Shakti can also help reduce risks associated with deploying external systems that may be infected with back-doors and hardware Trojans.

Built using open-source architecture, Shakti has seen much interest from companies for strategic applications. The team has also developed an advanced microprocessor for supercomputers called ‘Parashakti’.

In Pune, the Center for Development of Advanced Computing (C-DAC), a government-funded research body, is designing India’s 64-bit quad-core microprocessor as well as exascale computing systems that have the capability of one exaflops, or one billion billion calculations per second.

“We’re working towards having a viable architecture for exascale computing ready by 2022. This would bring in a lot of disruptive technology,” Hemant Darbari, director-general, C-DAC told ET in a recent interview.

C-DAC is also working on a range of processors for image processing and smart energy meters, in a bid to develop homegrown solutions for a range of applications.

Despite the evident successes in government-aided chip development, there are several roadblocks, says Anushree Verma, principal analyst at consultancy Gartner.

For one, there are no commercial semiconductor fabrication plants in India as of now.

There are two labs, the Semiconductor Laboratories Ltd, a unit owned by Indian Space Research Organisation in Chandigarh, and SITAR, a unit of DRDO, each of which build silicon chips for defence and space needs.

The Indian Institute of Technology – Bombay has a Centre of Excellence in Nanoelectronics, which has a lab-like facility in collaboration with IISc, Bangalore.

A proposal to get IISc to build a Galium Nitride fabrication facility, submitted by planning body NITI Aayog, has yet to be approved.

“There were two consortia approved in 2014, but they were all held up due to some issues. And, after this, there has been no further development recently,” Verma said.

Yet, despite persistent problems, technology entrepreneurs want to play the long game and are positive about building homegrown chips for communication and defence needs.

“India runs up a huge bill in purchase of these value-added components from abroad. It is important to slowly build up capability in order to help brings jobs in core R&D,” said Vembu of Zoho.

After all, “Intel did not become what it is in a month or a year. This will take time,” Desai of IIT-B pointed out.