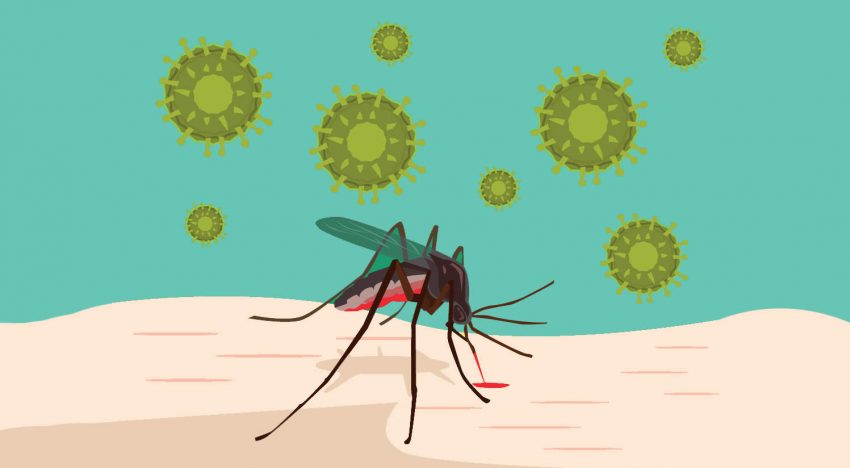 India ranked fourth in the number of malaria cases in the world according to the latest Lancet Commission report released on the evening of September 8, 2019.

Out of the 219 million cases that occurred in 2017, as many as 9.6 million occurred in India, followed by Nigeria, the Democratic Republic of the Congo and Mozambique. All other nine countries in the list were African.

The Lancet Commission on Malaria Eradication was announced in 2017, the report of which has been published on September 9.

Over 100 countries had already eliminated malaria. However, the risk of ‘re-surgence and reestablishment’ run high in many of them. One of the factors, the report said, could be the ‘exponential growth in international movement of people.’

The fact that India has fourth highest number of malaria cases could also become a cause of worry to some of these countries precisely because of this reason. ‘The exponential growth in international movement of people’, including from endemic countries (such as India and Indonesia), to countries that have eliminated the disease (such as Sri Lanka and Malaysia), creates a situation of unique jeopardy.’

Some low-income countries that achieved elimination with support from non-profit The Global Fund to Fight AIDS, Tuberculosis and Malaria were unlikely to be able to sustain the surveillance and response systems necessary to prevent re-establishment without external assistance, according to the report.

A major endgame target towards malaria elimination was the achievement of ‘regional elimination’ — the elimination of the disease in a whole region as designated by the World Health Organization (WHO).

The report said every region would reach a point in which a small number of countries in it would struggle to eliminate while all other countries would be preventing re-establishment.

In the South East Asia Region of WHO which included India, the Maldives and Sri Lanka had already eliminated malaria. According to a WHO assessment, Bhutan, Timor-Leste and Nepal were anticipated to eliminate malaria by 2020.

Malaria was primarily a disease of the rural areas. “In 2017, 71 per cent of malaria cases in the state of Tamil Nadu (population 79 million) occurred in the capital city, Chennai (population 7 million),” the report stated.

“In urban India, a priority intervention is the improvement of municipal water supply infrastructure and reducing the need for rooftop storage of water.”

The high out-of-pocket (OOP) expenditure was ailing not just overall Indian healthcare services but the country’s malaria elimination strategy too.

“In some countries, such as India, this source (out-of-pocket spending) represents 60 per cent or more of all healthcare financing. Out-of-pocket spending on this scale is undesirable, forcing families to forego necessary care and causing medical impoverishment,” the commission report said.

It explained that such high rate of OOP expenditure was likely to be most problematic in high malaria burden countries.

Another problem that was typical to India’s healthcare was affecting malaria elimination too. This was the existence of the unregulated private sector, according to the findings of the commission.

“What is important — and too often absent — is effective government oversight and stewardship of both formal and informal private health-care providers. The large private sector that operates in many low-income and lower-middle-income countries is typically unregulated, and the national policies that apply to the public sector are either disregarded or not effectively enforced across private sector providers,” the report said.

“In countries such as India and Nigeria, this situation can cause a substantial proportion of malaria cases to be poorly diagnosed, inappropriately treated, and unreported,” it added.

The countries that had successfully eliminated malaria in the past decade had either a relatively small private health-care sector, such as Sri Lanka, or effective government oversight of all providers, as in China.

“This issue needs to be tackled urgently in India, Nigeria, and many other high burden countries. Experience has shown that private providers are willing to be convened and conscripted, but are seldom asked,” the report warned.

The poor quality of healthcare services, both in public and private sector, in India were also adversely affecting the war against malaria.

Quoting the World Malaria Report 2018, the commission said the world was currently off track to achieve the deadline of having eliminated malaria by 2030. It nonetheless, gave a ‘bold call’ for malaria eradication by 2050.

Elimination of malaria is the ‘reduction of cases to zero in a given geographical region’ while eradication means the zero incidence of the disease worldwide.

Giving a snapshot of the global scenario, the commission said the number of countries with endemic malaria had dropped from 106 to 86, the worldwide annual incidence rate of malaria also declined by 36 per cent, and the annual death rate declined by 60 per cent.

However, these ‘outstanding achievements’ were marred by the ‘stagnation in progress that saw 55 countries report an increase in cases between 2015 and 2017’, the commission emphasised in the report.

But the most troubling news was all 29 countries that reported more than 100 cases per 1,000 population were in Africa except Papua New Guinea and the Solomon Islands.

The Lancet Commission cited operational obstacles such as inadequate use of data to inform strategies, poorly incentivised staff, and disengaged communities as major stumbling blocks.

“Solutions to most of these challenges are available and inexpensive but require access to management training and tools, which many malaria programmes do not have,” the commission wrote.

Besides, the very complexity of the malaria parasite was posing new challenges to policymakers.

“Malaria parasites and their mosquito vectors are constantly evolving resistance to widely-used drugs and insecticides,” the report said.

The most common methods of parasite detection were not sensitive enough to identify all infections. Simian (related to primates) malaria was now common in humans in parts of Southeast Asia, and the effectiveness of standard vector control interventions was low in areas with the highest transmission intensity and where outdoor biting was common, it added.

The commission said malaria eradication would just not bring an end to untold morbidity and mortality but was also a financial win-win situation.

“According to modelling work undertaken by the WHO advisory group, scaling up coverage of effective malaria control tools to reach 90 per cent of people in need by 2030 in the 29 highest burden countries would yield an estimated gain in gross domestic product ($283 billion) that would far outweigh the associated costs ($35 billion),” it noted.