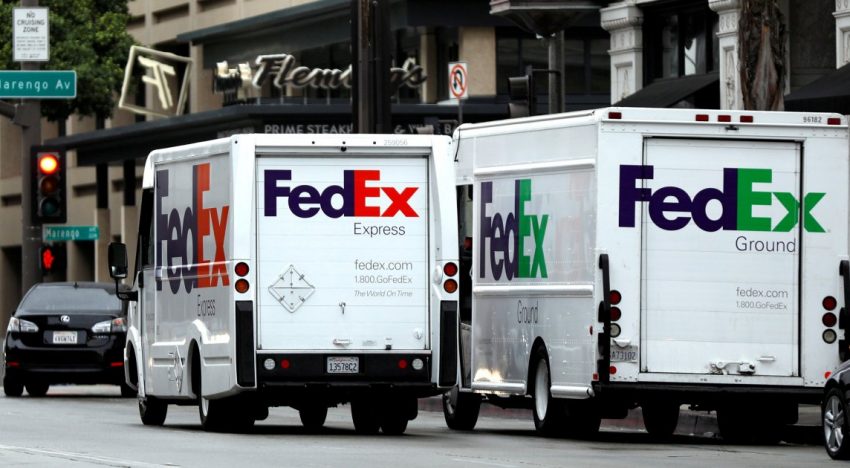 The ongoing tussle between the two firms comes as Beijing and Washington face off in a trade war that last month had both sides exchanging steep tariffs on hundreds of billions in exports.

China on Monday called on America’s FedEx to explain why a parcel from Huawei to the US went undelivered, in the second spat between the companies in less than a month.

The ongoing tussle between the two firms comes as Beijing and Washington face off in a trade war that last month had both sides exchanging steep tariffs on hundreds of billions in exports.

IT publication PC Mag said on Friday a FedEx package with a Huawei phone inside that it had sent to the United States was returned to the UK.

An accompanying note explained a US government “issue” with China prevented the delivery.

The US logistics group is already under investigation in China for failing to deliver some of Huawei’s parcels.

“This is not the first time FedEx has made a Huawei-related mistake,” said Geng Shuang, spokesman of China’s Ministry of Foreign Affairs.

“FedEx, as a large multinational company, should give a reasonable explanation to the outside world and be responsible for its own actions.” On Friday, a journalist at PC Mag sent out a tweet of a photo of a package along with a note reading: “Parcel returned by FedEx, due U.S. government issue with Huawei and China government”.

Huawei has been blacklisted by Washington, cutting it off from American-made components it needs for products.

It is a big blow for the tech firm, which depends on Google’s Android operating system for its phones as well as US electronic chips.

FedEx apologised at the end of May for “misrouting” a “small number” of Huawei packages, but said no third party had asked the parcels be transferred.

The Chinese company said it would review its ties to FedEx following the incident.

China announced last month it would create its own blacklist of “unreliable” companies and individuals, which could target US and international firms that have cut off supplies to Huawei.