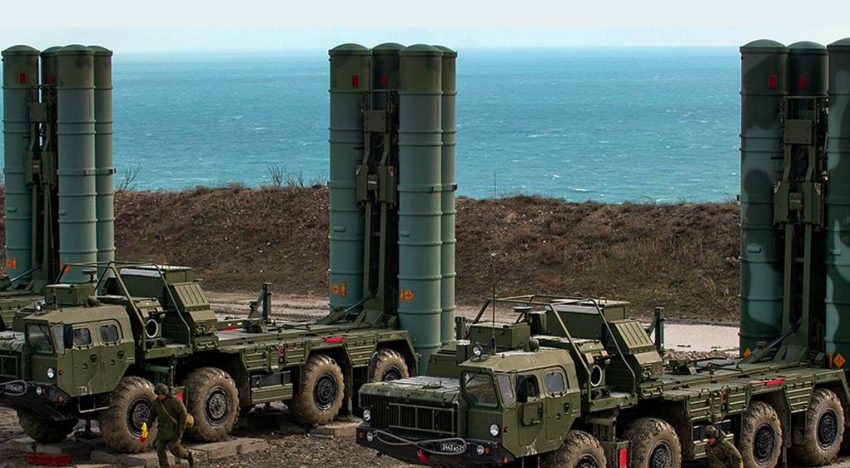 The manufacturer of the S-400 surface-to-air missile system that is in the middle of a controversy with the US government threatening sanctions against nations ordering it says that it is confident of delivering the Indian order on time, despite a tight time schedule.

The North Western production plant of Almaz-Antey is working at full steam, given a flurry of orders from Russian forces, Turkey and India and is being geared up for a high rate of manufacturing to meet emerging requirements, officials say.

Delivering the systems on time – the contract stipulates delivery of five regiments for the air force between 2020 and 2024 – is critical given the delay in payments for the contract that were impacted due to financial sanction imposed by the US on entities dealing with Russian arms companies.

As reported by ET, the payments issue has been resolved and bulk advances are expected to be sent shortly for the S-400 systems. This will kick start the production process that was originally planned to commence late last year.

“The production facility here is equipped with state-of-art equipment, we have a highly automated production line. Even though the start of production is late and even given the fact that there are other orders, we are absolutely sure that the production lines can work to deliver the first systems on time,” Irina Volokitina, first deputy director, Almaz Antey told ET.

The production plant is where the mainstay of Russian anti-air systems are being manufactured and tested in all-weather conditions before the final delivery.

Almaz-Antey believes that the S- 400 is the best anti-aircraft system due to its three competitive attributes. “The system is capable of detecting an enemy at twice the range of its rivals. It can be deployed three times as fast as the competition and thirdly, it is priced very competitively,” the official said.

The Russian company has also started work on the next generation S-500 system that it says will be capable of targeting all future aircraft being developed in the next 25-year period.

In October 2018, India and Russia entered their biggest defence deal in over two decades for the S-400 systems but the challenge was in transferring the $ 5.43 billion for the contract that could invite financial sanctions by the US.

India will have five regiments of the system that will strengthen air defences in the face of depleting fighter squadrons of the air force. The S-400 regiments will be delivered starting 2020 and are likely to be deployed to cover both the Pakistani and Chinese borders. Beijing incidentally has already taken delivery of the systems that are considered to be the biggest threat to western origin combat aircraft.

The Russian system is being bought under special waivers from the Indian offset policy given its cutting edge technology. As reported by ET, the high cost of the S-400 prompted a rare intervention in 2016 by then defence minister Manohar Parrikar to alter India’s air defence plans. The exercise showed that the acquisition would save the taxpayer ?49,300 crore in a 15 year period (The correspondent is in St Petersburg on the invitation of the stateowned Shipbuilding Corporation)