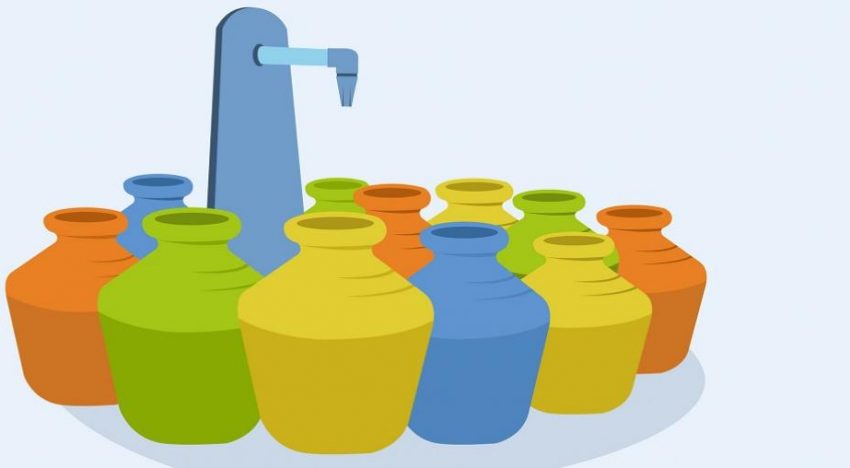 The water crisis in Chennai has been hitting headlines like never before and the fear that such crisis can happen in several other cities is also rising.

Chennai has been a water deficient city. The household water supply in the city was 55 litres per capita per day (lpcpd), much less than the Ministry of Urban Development Benchmark of 135 lpcpd, according to the 2011 census. However, this did not limit urban and industrial expansion and real estate growth.

It’s municipal corporation boundary was expanded from 175 to 426 square kilometre in 2011 to include the fast urbanising peri-urban areas and the Chennai Metropolitan Area is now being considered for expansion from 1,189 to more than 8,878 sq km.

While inappropriate planning of land use and lack of measures for the conservation and management of water resources can be blamed for the current situation, changes in rainfall pattern also had its share of impacts. From extreme rainfall events to no rain for over 190 days, Chennai has often swung between floods and drought.

In 2003-04 the city faced severe water crisis, but in 2005 a bountiful monsoon restored water levels in the reservoirs. The floods, in 2015, caused an overflow of the Chembarambakkam Lake. In 2019, the lake is lying bone dry.

Despite scientific advancements in climatology and weather systems, predicting a weak monsoon or extreme rainfall event is still a challenge.

With such uncertainities managing reservoirs becomes difficult. Yet, few measures could be taken to prevent such crisis in Chennai as well as in other cities, given the uncertainties around climate change impacts and certainities about growth of urban population.

It is important to promote water conservation measures such as:

Water management measures, on the other hand, include reducing the share of non-revenue water and promoting integrated urban water management strategies as practiced in many global cities.

Another issue is to budget the availability of water resource and promote sustainable urban and industrial development. Infinite growth cannot be achieved with finite resources.

As India’s urban population is set to increase, it is important to consider water resource availability and estimate the carrying capacity of cities for future. This should be considered in future master plans that are generally developed targeting a period of 10-15 years.

And with every square kilometre of urban expansion, sufficient water resources augmentation should be made. It is high time that appropriate lessons are learnt from this crisis and the city administration works towards avoiding such crisis. This is particularly important given India’s climate vulnerability and urban growth trends.