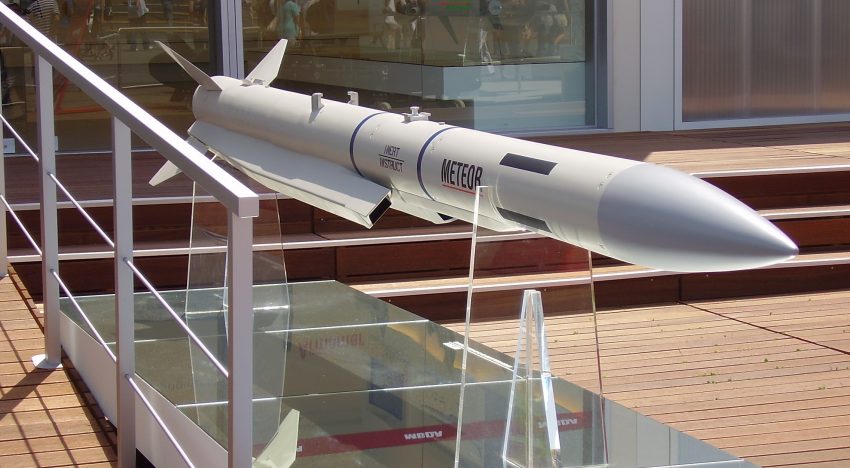 First fighter jets likely to arrive in India by May 2020; missiles will out range all weapons in region.

The Indian Air Force is set to get the `game changer’ SCALP and Meteor missiles for its Rafale fighter jets next year which will outrange all known weapon systems in the region and will give India a definitive combat edge.

The SCALP stand off missile, manufactured at the highly protected facility here, has a range of over 300 km and is designed to hit high value, strongly protected targets deep inside enemy territory. The Rafale jets – the first of which is likely to arrive in India in May 2020 – can carry two of the missiles that will enable them to hit virtually any target within Pakistan. The first Rafale jets are set to be handed over to India on October 8 but will be flown in France for several months before being ferried to the home base at Ambala.

“The SCALP is highly combat proven. It can carry out high destruction against high value assets, bridges, railroads, power plants, airfields, buried bunkers and command and control centres. It can evade enemy air defence units with its ground hugging trajectory,” a senior MBDA executive – which is the manufacturer of the system – says.

While India already has the Brahmos cruise missile in service, air force officers say that the SCALP is in a different category, given its pinpoint accuracy to take down targets in all weather conditions and ability to evade air defence systems.

This stand off capability has become central to the Indian defence strategy over the past five years. The political leadership has put its weight behind military systems that can take down Pakistani targets without crossing the border. While the SCALP gives India the ability to hit ground targets in virtually all parts, the S 400 anti air system being procured from Russia will give it the option to take down air borne targets over the entire Pakistani airspace, if the need be.

Another system that will add to this capability will be the Meteor air to air missile that will also be delivered for the Rafale fighter jets next year. With a range of over 150 km, the Meteor will outclass all other systems in the region. Including the AMRAAM missiles in service with Pakistani F 16 fighter jets that currently outgun Indian missile systems.

“An aircraft equipped with both the SCALP and Meteor changes the scenario completely. It gives the operator of the Rafale many options to engage targets while ensuring the survivability of the platform and pilot,” Loic Piedevache, Country Head, MBDA India says.

A key factor in the shooting down of Wing Commander Abhinandan Varthaman’s MiG 21 during the skirmish along the Line of Control on February 27 was the inability of the Indian fighter jets to engage Pakistani F 16s from a long range.

The Su 30 MKIs that were part of the Indian response force could not get Pakistani jets within firing range even as the enemy F 16s fired multiple AMRAAM missiles at them from long range. This would change with the Meteor in service as the missile would be able to engage and take down all known Pakistani fighter jets at a safe range before they can launch weapons.