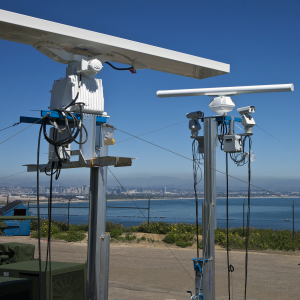 After an initial stumble following political uncertainty in the Maldives, work on setting up a coastal surveillance radar chain in the island nation has resumed full steam, with technical teams from India finishing installation work to get the system operational.

The radar chain—which will link up with similar systems in India, Sri Lanka, Mauritius and Seychelles—will provide a comprehensive live feed of ship movements in the Indian Ocean Region that can be used by friendly navies.

Sources have told ET that seven out of the 10 radars that had to be set up are now being fitted with the latest systems that can relay location information, videos and images live to a central command unit. While the civil work on the seven radars had been completed, the political turmoil before the change of government in November 2018 had held up operationalisation of the chain.

Three other radars had been functional but could only relay AIS (automatic identification system) data and are currently being upgraded by teams from Bharat Electronics LimitedNSE 0.11 % (BEL), the sources said. Once complete, these can be integrated into the ?600-crore Coastal Surveillance Radar System (CSRS) project.

As part of the plan to increase maritime domain awareness in the wake of the 26/11 Mumbai attack, coastal surveillance radars have been set up in Sri Lanka (6), Mauritius (8) and Seychelles (1). India also set up an Information Fusion Centre – Indian Ocean Region (IFC-IOR) in December that will share real-time maritime information with friendly nations in the region.

In the future, officers from Indian Ocean littoral will be invited for permanent deployment at the Gurgaon based centre which India believes will help reduce illegal maritime activities by providing intelligence and the means to enforce the law.