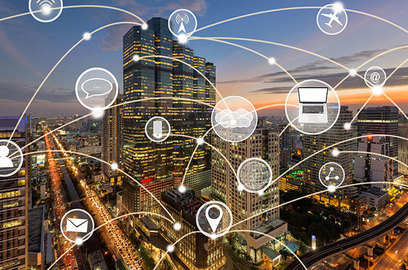 You may soon be able to access all public Wi-Fi hotspots through a data plan of a carrier of your choice bought at a tea kiosk, switching seamlessly from one carrier to another as you change location, in what could be the “first-of its-kind” model in the world.

While public Wi-Fi—often free for a limited time—is being increasingly offered in several closed public places such as airports and restaurants, the government wants to extend access to the internet to even neighbourhood local markets, bus stops and roadside tea stalls, besides corporate parks and public buildings, through hotspots.

To that end, the Department of Telecommunications (DoT) has approved Wi-Fiinteroperability which will enable consumers to have ubiquitous access to internet, people familiar with the matter said.

The model, called Bharat Wi-Fi, being considered by the DoT, has been jointly proposed by all telecom companies, internet service providers, and virtual network operators who will work together to offer Wi-Fi through public hotspots via roaming agreements.

“The telecom department and industry partnered together to design, test, and roll out a unique solution, using Wi-Fi hotspots,” said Rajan Mathews, director general of Cellular Operators Association of India. He termed the initiative as a ‘first-ofits-kind anywhere in the world’.

Under Bharat Wi-Fi, a subscriber will be able to use the data plan taken from any telco or ISP in the hotspots deployed by another and will not have to purchase a new plan every time. A single payment platform connecting all providers will enable participating companies to settle their accounts at the back end.

“The challenge for the solution was to not only ensure a vast network of coverage (over 5 million Wi-Fi hotspots in two years), but to also ensure ease of use for citizens coupled with robust security which would satisfy the needs of the government,” he said.

The solution by telcos, along with another from Trai called Wi-Fi Access Network Interface(WANI), has already been cleared by the ministry of home affairs.

“We have to now decide whether we go with the WANI architecture or Bharat Wi-Fi,” a senior official from the communications ministry said.

The government wants the industry to set up 1 million Wi-Fi hotspots by December 2019, which is a long way from the present numbers of 370,000, as per available data. While the plan for setting up a large-scale national Wi-Fi network was hatched some years ago, when data tariffs were on the higher side, prices have since hit rock bottom, raising questions about the need — or business case — for a public Wi-Fi in the first place, say experts.

But the DoT official said that it’s more about expanding the reach of internet, and the employment and revenue opportunity it provides to those so-called ‘agents’ reselling Wi-Fi plans of telcos, which could even be local ‘paan’ or tea shops.

“We are collaborating with other telecom service providers, common service centres and internet service providers to meet government objective for Wi-Fi access for citizens. Our focus has been on deploying Wi-Fi in key locations such as airports, corporate parks, public buildings, malls/markets, etc. that enjoy high footfalls,” a spokesperson from Vodafone-Idea told ET.

A senior executive from Jio said that the company has set up more than 300,000 Wi-Fi hotspots in densely populated commercial areas and within college campuses.