Minimum number of featured posts is 4.
Home News Defence News WHY RAFALE JETS MAY BE INDUCTED INTO IAF BY NEXT SUMMER ONLY 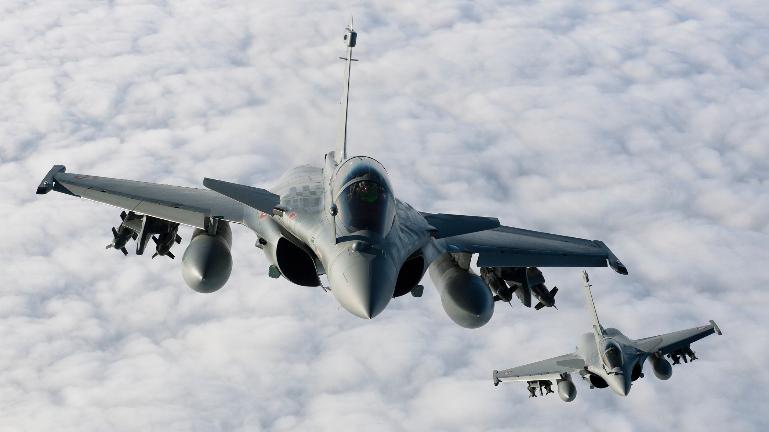 Come October and India should be receiving the first of 36 French-built Rafale aircraft that the Air Force has long been waiting for.

The “multi-role” or “omnirole” aircraft—as the manufacturer Dassault Aviation calls it—aims to add teeth to the capabilities of the Indian Air Force, given its reputation of being the best 4+ generation fighter jet. Its capabilities include air-defence or air-superiority, it can be flown on reconnaissance missions and give close air support; it can undertake air-to-ground precision strikes, carry nuclear and conventional payloads, used for anti-ship attacks and allows re-fuelling between two Rafale aircraft without having to wait for mid-air refuelling tankers.
So, once the handover happens—at Dassault’s Merignac facility in the southwestern province of Bordeaux— how will the aircraft get to India? And why does India have to wait till April or May next year to see the Rafale fly over its skies? In the case of the US-made Chinook helicopters inducted by the IAF in March, they were transported by sea to the Mundra port in Gujarat before being flown to Chandigarh for the official induction ceremony.
According to Anil Chopra, a retired Air Marshal, who was one of the pilots to fly the Dassault-made Mirage 2000 jets from France to India in 1985, once the first five or six Rafale jets are officially handed over to the IAF, they will be flown to India by fighter pilots of the IAF trained at Merignac.
“Nobody flies in one fighter aircraft, so we will wait for five or six to be handed over, which will happen by April or May, and then these will be flown together, six or seven or eight together to India,” Chopra said.
“The first thing to do is to file the flight plan,” Chopra said adding this will include at least two refuelling halts— one in Greece or Italy and then in Egypt or Oman before the aircraft land in Jamnagar in Gujarat. In Jamnagar, there are customs procedures to be taken care of before the aircraft can be flown to Ambala air force station where the jet will be formally inducted. One squadron of the Rafale jets will be based in Ambala. Earlier this month, IAF chief, Air Chief Marshal Birender Singh Dhanoa formally “resurrected” number 17 squadron, also known as the “Golden Arrows,” which was retired from the active list five years ago when its MiG-21Ms were phased out of service. A second squadron of 18 Rafale aircraft is expected to be based in Hashimara in West Bengal.
During the flight from Bordeaux to Jamnagar, the pilot will be using a call sign like “India 1″ or “India 2″ depending on the numbers in the formation. They will identify themselves to the air traffic control of each country whose airspace they cross using these call signs and using radio frequencies assigned to commercial civilian aircraft.
The pilots in the fighter jets will also be using the same cruising altitude, i.e 33,000 feet, that is used by commercial aircraft. The formation—in this case up to four aircraft in one group—will be accompanied by a transport aircraft (perhaps a C-17 Globemaster in this case, while in the case of the Mirage, it was an Illyushin IL-76) all through its flight to India.
The transport aircraft would be carrying additional pilots, spare engines for the Rafale and other critical spare parts besides flight engineers should something go wrong.
The jets would be flying at .8 Mach or nearly 1,000 km ( 614 miles) per hour— much slower than its top speed of 1.8 Mach (2,222 km/1,381 miles per hour). Flying at .8 Mach has a benefit as there is less consumption of fuel, Chopra said. “And the aircraft will have no weapons loaded obviously.”
Once in India, the Rafale aircraft will be inducted in the presence of defence minister Rajnath Singh, Chopra said recalling that when the Mirages were inducted, it was then defence minister P.V. Narasimha Rao who came for the ceremony. Dhanoa last week resurrected the 17 squadron that was disbanded in 2016. This happened after the IAF started gradual phasing out of Soviet-era MiG-21 jets. The 17 squadron was formed in 1951 and initially flew de Havilland Vampire F Mk 52 fighters.
In recent months, the IAF has initiated a major upgradation of its Ambala air base for the deployment of the Rafale. “Ambala will also have a small number of French technicians and engineers to ensure things are in order in the initial stages. Our men (air force engineers and others for maintenance work) would of course have been trained as well,” Chopra said.