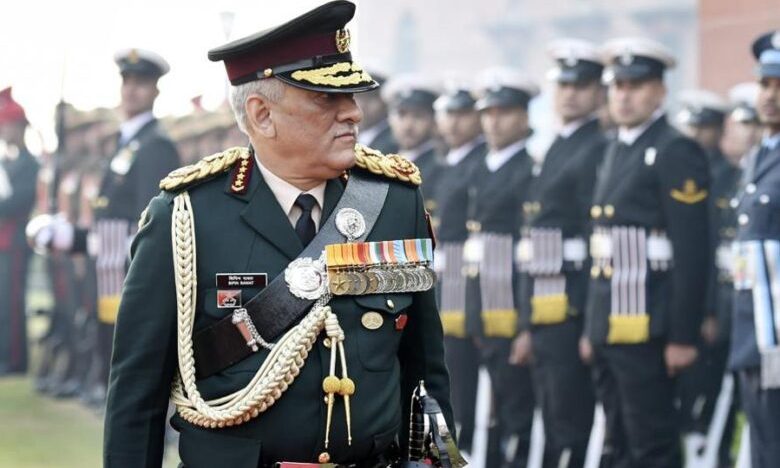 The Western and the Eastern Command of the Indian Navy will be merged into a single command, to be called the Peninsular Command, and theatre commands will be rolled out by 2022, the Chief of Defence Staff (CDS) General Bipin Rawat said Monday as he outlined his military vision for India.

Noting that threats of another 2008 Mumbai-style attacks remain, Gen Rawat said security of peninsular India should remain under one command.

“Our plan is to create a Peninsula Command with the merger of Navy’s Eastern and Western Command. The area of the command is planned to start from Sir Creek area in west and Sunderbans in east and downwards,” he said speaking to reporters at South Block which houses his office in the capital.

The Navy chief will have operational control of the command, which will have “some” assets of both IAF and the Navy, said Gen Rawat, adding that the order for the implementation of the command will be issued by year-end.

As India’s first CDS, Gen Rawat is tasked with improving the integration between the three services.

Instead of having separate commands for every service, the CDS is working on having a joint or theatre command that can carry out all war-fighting formations under a single commander.

The commander could either be from the Army, Air Force or the Navy.

The CDS said a study on the modalities of theatre commands, spanning over three to four months, will be ordered by March end.

“We plan to complete the study by 2021 and start issuing directives. The aim is to start theatreisation by 2022,” he said.

Theaterisation means putting specific units of personnel from the three services — Army, Navy and Air Force — under a common theatre commander so they fight as a cohesive unit. Both US and China follow a theatre command doctrine.

The study will look into several issues, such as having one command or two separate ones to tackle China — one East of Nepal and another West of Nepal, or whether the Northern Command could be split into two while keeping Jammu & Kashmir as a single unit.

“The study will delve into all these issues. However, it is felt that Jammu and Kashmir should be a separate theatre, including the IB (International Boundary) part. Right now the LoC part comes under the Northern Command, but the IB part is under the Western Command,” he said.

There are about 19 military commands in the country and only two of them are tri-service commands – Andaman and Nicobar Command (ANC) and the Strategic Forces Command, which looks after nuclear assets.

Gen Rawat said the ANC, the first tri-service command of the country, will remain as it is.

The requirement of ANC and the Peninsular Command are different, as the former is focused on surveillance and the latter on defence.

“The idea is that the Peninsular Commander should have the freedom to move assets from one region to another on his own,” the general said.

“All air defence assets, including the long range surface-to-air missiles will come under this command. This would include the coast air defence too,” the CDS said. The move, General Bipin Rawat said, is to avoid any confusions, friendly fire and timely implementation of orders in case of aerial attacks.

The CDS is also looking to set up the Doctrine and Training command and Logistics command.