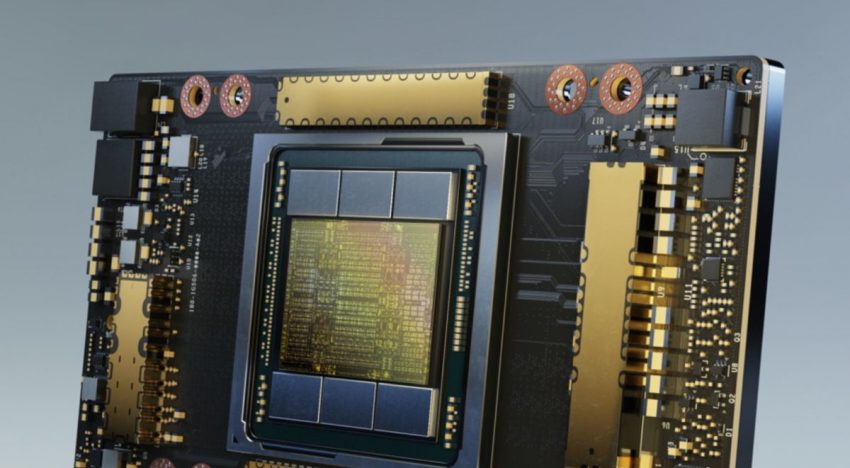 VMware and Nvidia have extended their collaboration to provide support for Nvidia GPU-based applications in VMware’s new vSphere 7 Update 2 operating system. The new Nvidia AI Enterprise product, a suite of enterprise-grade AI tools and frameworks that allows GPU-accelerated applications to run in VMware virtual machines and containers, will be supported by the upgraded version of vSphere 7.

Nvidia’s A100 Tensor Core GPU and its multi-instance GPU functionality are now supported by VMware’s vSphere 7 U2, which allows for partitioning of the cores on an A100 for use by multiple users, similar to how VMware partitions CPU cores out to multiple users.

This means that VMware’s virtualized framework can now run AI workloads. AI workloads have only previously been run on bare-metal servers. AI is performance-intensive, and a bare-metal environment provides the maximum power of the hardware rather than sharing it through several tenants in a virtualized environment.

In a blog post announcing the new programme, Nvidia claims that AI Enterprise allows virtual workloads to run on vSphere at near-bare-metal output. Even the largest deep-learning training models will be able to run on VMware Cloud Foundation because AI workloads will be able to scale across several nodes.

On the vSphere platform, developers can use this functionality to create scale-out, multi-node output for CUDA applications, AI frameworks, templates, and SDKs. The Nvidia-certified systems from Dell Technologies, Hewlett Packard Enterprise (HPE), Supermicro, Gigabyte, and Inspur will be used to run the AI Enterprise platform.

In addition to A100 support, vSphere 7 U2 provides the ability to use vSphere Lifecycle Manager to view and manage vSphere instances running on Tanzu, VMware’s Kubernetes distribution. vSphere 7 U2 includes improved support for private and third-party container registries, as well as integrated device load balancing.

Enhancements to vSAN 7 U2

VMware also announced the availability of VMware vSAN 7 Update 2 with many new and improved features, in addition to vSphere updates. The first is HCI Mesh, a new version of its hyperconverged infrastructure (HCI) platform that builds on the software-based solution for disaggregation of compute and storage resources that was first introduced in vSAN 7 Update 1.

Customers seeking to improve resource efficiency outside their current vSAN environment will benefit from the latest update, which provides a wider range of customer use cases. It allows compute clusters, as well as non-HCI clusters, to access storage from a vSAN cluster within the data center remotely, enabling customers to scale compute and storage independently.

Finally, FIPS 140-2 validation of the cryptographic module for data-in-transit encryption is included in vSAN 7 Update 2 to meet stringent government requirements.