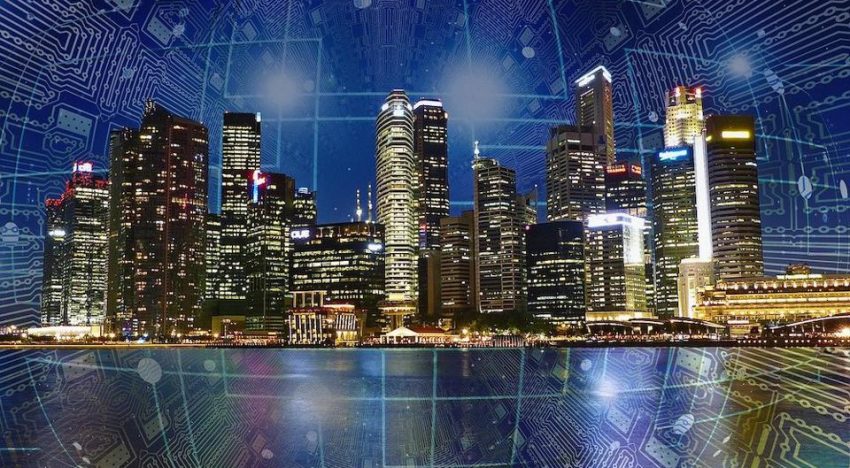 Edge computing company Vapor IO has taken a partnership with a private wireless network company whose model offers an alternative to the 5G services which have been widely touted as the basis for Edge deployment.

AlefEdge offers local Internet services over private wireless networks in buildings and on campuses, calling this “5G-like Edge services today.” It will add two locations to Vapor IO’s two existing cities, and help with Vapor’s planned roll-out to 36 US cities. AlefEdge’s use of unlicensed or light-licensed spectrum means these services can be rolled out soon, instead of having to deal with the delayed deployment and downgraded performance promises of 5G services from mobile operators, the companies told DCD.

Edge by any means

“AlefEdge bridges the private wireless environment with the compute to drive it and the software to drive it,” Matt Trifirio, chief marketing officer at Vapor IO told DCD. “It’s quick and easy to deploy mobile Edge in a private wireless network – cheaper and easier than on the public networks.”

Companies aiming to provide Edge services, including Vapor IO, have tended to base their projections on a speedy roll-out of 5G services from mobile operators, which can support proposed new applications like the Internet of Things (IoT). However, mobile operators’ 5G services have been slow to arrive and are not delivering the performance that Edge optimists hoped for. Meanwhile, there are options for local private wireless networks, which AlefEdge hopes to exploit, to provide a platform for services like the Edge colocation which Vapor wants to provide.

In the US, it’s now possible to offer “spectrum as a service,” localized private wireless, on CBRS (Citizens’ Broadband Radio Services) – a section of the 3.5Ghz spectrum, which was previously held by the US Navy, that was opened up for commercial use in 2017. In the CBRS band, multiple users can operate according to prioritization, so private networks can deliver 5G for sites like factories and industrial campuses, and applications like industrial robotics, without having to wait for mobile operators – whose services are likely to be oriented to consumers in the first instance.

“It’s been described as the Airbnb of spectrum,” said David Span, CMO of AlefEdge. “The spectrum was underutilized by the Navy. It’s compatible with public services, and current iPhones can access it. Most IoT pluggable modules, so it’s easy to upgrade IoT devices for it.”

AlefEdge has a software-defined mobile edge (SD-ME) platform, which offers application programming interfaces (APIs) for organizations wanting to deliver localized applications on “near-prem” networks in buildings or on campus. The company plans to deliver SD-ME services on Vapor’s Kinetic Edge platform, across the US. AlefEdge’s SD-ME allows 5G-style immersive applications to work over local areas, the companies told DCD., promising “a 5G-like experience without the expense or complexity of 5G.”

AlefEdge will deliver at first in Pittsburgh and Atlanta, two of the four cities where Vapor is already in operation, thanks to a similar deal with Cloudflare, announced in January along with a $90 million injection of capital. Vapor IO plans to offer cloud services on Cloudflare’s content delivery network (CDN), with a roll out of 36 cities due to arrive before the end of 2021.