Minimum number of featured posts is 4.
Home News New Technologies Automotive Utility vehicles may be racing ahead of hatchbacks 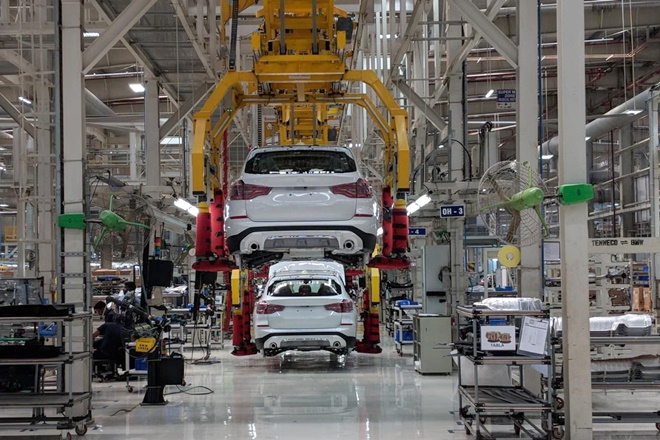 While Indians in small cities and towns still buy more hatchbacks, the matured buyer in the big cities is upgrading from cars to SUVs of all sizes. These SUVs are safe, modern and also boast of advanced technologies, which make them a better choice.

Utility vehicles SUVs are set to overtake hatchbacks as the top-selling automobile segment in India next year, suggest sales trends, thanks to buyers’ growing preference for the modern, spacious and safer sport-utility vehicles.

Utility vehicles accounted for 40% of the total passenger-vehicle segment in September, driven by new SUVs Kia Seltos, Hyundai Venue, MG Hector and Maruti Suzuki XL6. That was just five percentage points behind hatchbacks, the small cars that had 60-70% share a decade ago.

IHS Markit, a market forecasting firm, expects the gap between the two segments to narrow to two percentage points by the end of this year — with utility vehicles taking 38% and hatchbacks at 40%.

The UVs may overtake hatchbacks in 2020. While Indians in small cities and towns still buy more hatchbacks and compact sedans, the matured buyer in the big cities is upgrading from cars to SUVs of all sizes, said Gaurav Vangaal, the country lead for production forecasting at IHS Markit. “These SUVs are not only safe and modern, but boast of advanced technologies which the urban buyer is increasingly demanding.”

Automakers have kept the utility space busy with new launches and a rich pipeline to capture this demand in an overall weak market, where sales have fallen almost every month in the past year and a half.

While the number of new car launches has slowed in the past four years, it has increased considerably in the SUV space — these accounted for 40% to 100% of new launches in the years since fiscal 2016, according to data compiled by research firm CLSA.

In the coming three years, at least three dozen utility vehicles are set to hit the roads — new hatchbacks may just be a third of this, primarily from Maruti Suzuki for which small cars are still the bread and butter. MG Motor, owned by China’s SAIC, and Korea’s Kia Motors are set to launch four utility vehicles in the next three years, while Mahindra & Mahindra, Maruti Suzuki, Tata Motors and Hyundai Motor could be introducing two-three UVs in the same period.

The preference of Indian buyers shifted toward SUVs a few years ago and the segment has been steadily increasing its market share. The average utility vehicle share in the passenger vehicle market in the past five years was around 31-32%.

The rising demand for SUVs has compelled automakers to bring in SUV-like small cars in the mass market, such as the Renault Kwid and Maruti S-Presso. And there are numerous small-to-micro SUVs lined up for launch in the Rs 5-7 lakh bracket, too, from Hyundai, Tata Motors, Renault-Nissan and PSA. The trend in the urban markets is expected to trickle into the interiors of the country, said Vangaal. IHS Markit is forecasting the share of hatchbacks to come down to 30-35% in the coming 5-7 years, with utility vehicles capturing most of that space.

PENETRATION STILL LOW
Felipe Munoz, a senior analyst at JATO Dynamics, said the penetration of SUVs in India was still very low, which indicated huge growth potential. The challenge will be to bring in more affordable SUVs and adapt them to the tough driving conditions and complex regulations, he said.

Vikas Jain, the national sales head at Hyundai Motor India, said the share of the SUVs was likely to reach 50% in the next two to three years, led by new launches. “Although people have apprehension about the SUV penetration due to new emission norms, but with a proper mix of petrol and diesel in the SUVs, growth is expected to continue,” he said, adding: “We had a diesel-petrol ratio of 90-10% for our best-selling model Creta, which is now 60-40% currently.”

Meanwhile, with hatchbacks and sedans being a widely accepted phenomenon, small SUVs emerge as an attractive alternative for buyers of entry-level cars. “India can become the top market for baby SUVs (A-SUV) which are not yet popular in other markets,” said Munoz of JATO Dynamics. “If this happens, the market share of these vehicles (utility vehicles) could be as high as in USA (about 50%) in the coming years.”