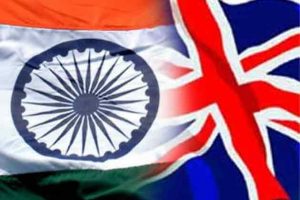 The UK is set to strengthen defence ties with India through a renewed Memorandum of Understanding, Defence Minister Stuart Andrew has announced.

Defence Minister Stuart Andrew said, “As major world economies, Britain and India both have a proud global maritime history, with impressive futures ahead”.

“The signing of this Memorandum of Understanding underpins the collaboration between our two nations, building on our defence ties, and ensuring our nations are able to combat emerging threats for generations to come.”

The agreement, which marks a step change in India and the United Kingdom’s defence relationship, comes after a visit by India’s Chief of Naval Staff, Admiral Sunil Lanba, to HMS Queen Elizabeth in Portsmouth last month. It also follows HMS Dragon’s visit to Goa in December last year, where the ship took part in the longstanding naval exercise, The Konkan Series.

By collaborating and exploiting procurement opportunities together, both nations will be able to benefit from technological and manufacturing capabilities and support long-term cooperation between their defence and security industries.

In addition to the bilateral talks last week, UK and Indian industry met to discuss how they would forge deeper and broader partnerships to contribute to these efforts.

Minister of State for Trade and Export Promotion Baroness Fairhead said, “I am delighted that the Ministries of Defence of India and the United Kingdom have signed this Memorandum of Understanding”.

“This agreement will help us develop closer, mutually beneficial relationships between our respective defence and security industries.”