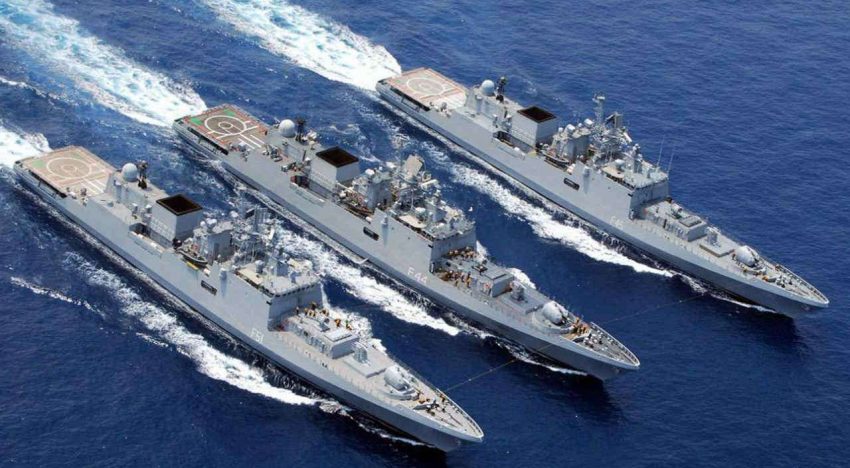 Th exercise in the Arabian Sea will go till first week of November. Exercise is is aimed at strengthening the navy’s operational skills, testing training efficacy and examine seamanship practices and procedures.

The Indian Navy’s Western Naval Command is carrying out a major exercise operation in the Arabian Sea over the next fortnight.

The exercise, which will go on till the first week of November, will involve live firing drills, helicopter operations from ships, operational logistics and communication standard operating procedures. These are some of the focus points of the exercise, aimed at strengthening the navy’s operational skills, testing training efficacy and examine seamanship practices and procedures.

“With the withdrawal of the monsoon and improved sea conditions, this is the right time to test our operational preparedness, validate procedures and try out new strategies and concepts of naval operations”, a naval spokesperson said.

“It is customary for the navy to gear up for exercises and deployments immediately following the monsoon season, taking advantage of improved conditions at sea. This is the ideal time to fine tune our deployment concepts, test communication plans, exercise contingencies at sea and validate our inputs towards better maritime domain awareness,” he added.

The Western Naval Command just concluded an offshore security and contingency exercise code named “Prasthan” on 17 October. The Indian Navy has a key presence in the Arabian Sea following its prolonged anti-piracy deployments in the Gulf of Aden and Op Sankalp off the Gulf of Oman. Defence Minister Rajnath Singh had embarked on the Western Fleet last month and the navy had carried out carrier-based evolutions and fighter operations.