Tesla CEO Elon Musk has said that its robotaxis, which will operate without humans, will be ready by 2020. At Tesla’s Autonomy Day event for investors on April 22, Musk announced that the company has built its own neural network chip for self-driving cars. The announcement comes as Tesla is gearing up for its first-quarter earnings disclosure on April 24 this year.

Tesla’s own chip will reduce dependency on Nvidia. As per a company’s tweet, its full self-driving chips will include six billion transistors and offer 21x improvement over previous-generation hardware. The chips will be capable of processing up to 2300 frames per second.

“All Tesla cars produced right now have all the hardware necessary for full self-driving. All you need to do is improve the software,” Musk said. Tesla switched to its own self-driving chips for Model S and Model X about a month ago and, for Model 3 about 10 days ago.

Tesla’s autonomous robotaxis, which is pending regulatory approval, will not operate in all jurisdictions, but Musk predicted it will have approval in somewhere by next year. He hopes to put on road over a million robotaxis in a little over a year.

Tesla’s ride-sharing app will work in a way similar to a combination of Uber and Airbnb models where any customer will be able to add or remove their properly equipped cars to the Tesla network. Tesla will take 25 or 30 per cent of the revenue.

All Tesla cars being built today have the hardware necessary for full self-driving: 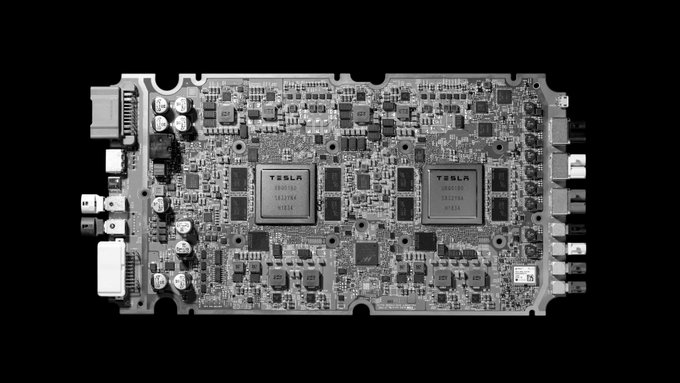 Our new Full Self-Driving Chip houses 6 billion transistors and is capable of processing up to 2300 frames per second – a 21x improvement over previous gen hardware pic.twitter.com/39g39lv638 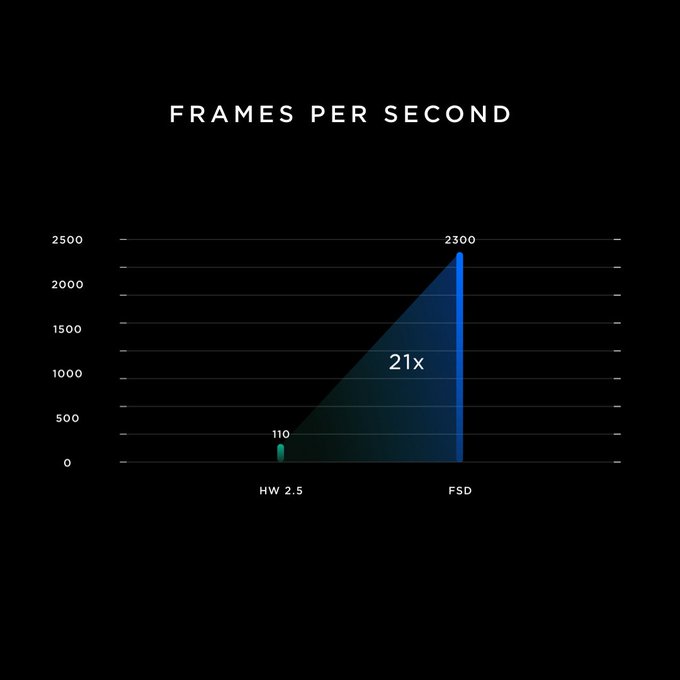 In places where there will not be enough people sharing their cars, the company will have its dedicated fleet of autonomous robotaxis. The current Tesla app will be updated to summon a Tesla and add or subtract one’s car to the fleet, Musk added.

“All Tesla cars being built today have the hardware necessary for full self-driving: 8 vision cameras, 12 ultrasonic sensors, radar, and this custom-designed beast of a Full Self-Driving Computer,” reads a Tesla tweet.