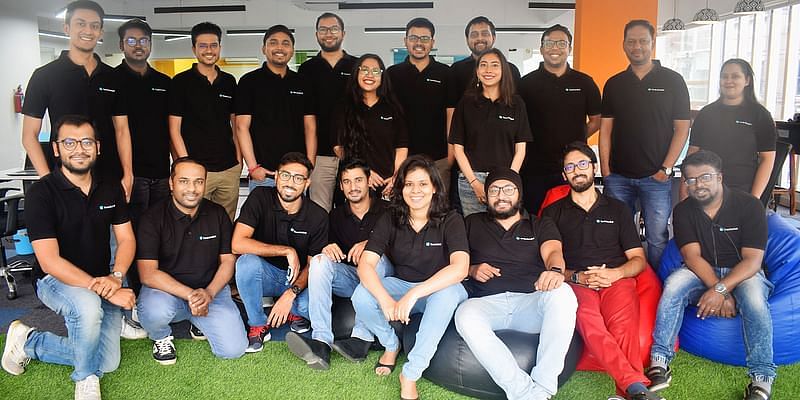 The pandemic presented a significant challenge to stakeholders in the Indian education system, particularly individual tutors accustomed to an offline environment.

Teachmint (edtech startup) developed a SaaS-based mobile-first end-to-end solution that enables them to continue teaching online without having to deal with fragmented and complex digital tools. The solution enables them to not only host and record their classes, but also distribute assignments, track attendance, and more.

Teachmint (edtech startup) is a Bengaluru-based startup founded in early 2020 by IIT alumni Mihir Gupta, Payoj Jain, Divyansh Bordia, and Anshuman Kumar. The four have held executive positions at OYO, McKinsey, Swiggy, and Roposo, and were recently named to Forbes Asia’s 30 under 30 list.

While Payoj leads product, Diyansh heads the Growth and Operations team, and Anshuman leads tech. Mihir looks at overall verticals along with the core teams. 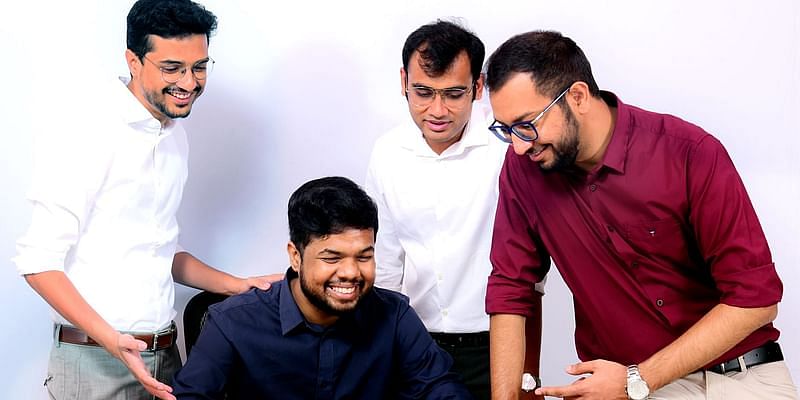 A simple but ‘viral’ start

Payoj, who was involved in his family’s CBSE-accredited school in a remote area of Madhya Pradesh, was well aware of the on-the-ground challenges educators face in the absence of easy access to technology.

“We spent a considerable amount of time researching edtech. Then, as the lockdown progressed, all tutors we knew found themselves attempting to teach online via disconnected solutions. Conducting classes via Zoom, Google Meet, and Facebook Live; communicating via WhatsApp; and administering assessments via Google Forms,” Mihir, Teachmint’s co-founder and CEO

Recognizing how difficult it is to coordinate these disparate tools, the four founded Teachmint in April 2020 with a simple Android app. A tutor can simply download the APK, generate links to their classroom, and send them to their students, who can also instal the same app to join these live classes.

The app enabled tutors to distribute assessments to their students, automate routine tasks such as attendance tracking, creating logs, and more, as well as share study materials.

According to Mihir, even before listing on Google Play Store, the app saw a lot of virality within the tutor communities as its efficacy started getting circulated among them.

“Within about ten days, hundreds of tutors were already using the application, onboarding students to try live classes on the platform. That is when we realised we were dealing with a critical issue and began approaching it from a much broader perspective,” he continues.

Indeed, Rajkummar Rao was recruited in April 2021 as the startup’s “national celebrity endorser” to spearhead the #TeachmintPeTeachingAasanHai campaign. The actor portrayed a science tutor in an advertisement film aimed at emphasising the ease of transitioning to the Teachmint App.

In July 2020, a web version of the app was launched, and it is now available for iOS devices as well.

Made in India for every nook and cranny

Teachmint is a horizontal product, built for teachers from all walks of life — K12, hobbies, fitness etc.

The platform, built entirely in-house for India, has been customised keeping varying conditions in mind like low data bandwidth.

It’s free for tutors and has a focus on regional customisation — available in 10 Indian languages other than English.

According to Mihir, Teachmint is now India’s only vernacular video conferencing app, with the video solution and instructions available in all 11 languages.

Conceived intuitively for ease of use, the startup employs a 20-person support team in case a tutor requires assistance with the app’s functions.

Through messaging applications and social media, teachers can create and share a unique link for their classroom. To enrol and join, students must click on this link.

Tutors also have the option of creating white-labeled websites through Teachmint that list all of their courses and demo lectures.

Once enrolled in the class, students can attend 2-way live interactive classes hosted on the proprietary video platform.

Both tutors and students have access to the application’s chat and other communication tools 24 hours a day. Additionally, tutors can collect fees directly from students via a variety of payment methods provided by the startup. 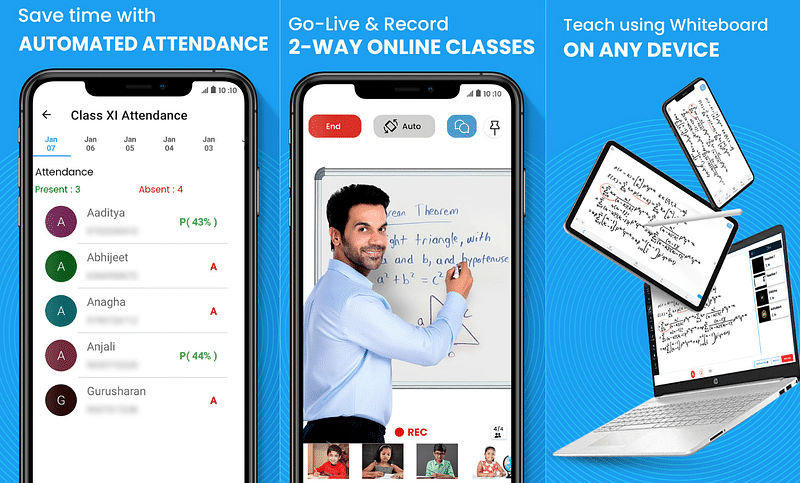 The platform is capable of digitising offline content such as study guides, assignments, and notes, as well as conducting subjective and automated multiple-choice assessments.

Additionally, teachers can record their lessons and bundle them to sell as a self-contained recorded course. According to Mihir, the platform has already generated over 5,000 recorded lecture repositories.

The platform has quickly gained popularity among tutors. It currently serves over a million teachers and users in over 1,500 cities and towns, ranging from Srinagar in Jammu and Kashmir to Port Blair in the Andaman and Nicobar Islands.

According to the startup’s data, more than 90% of the platform’s 1 million+ tutors have at least one student who lives outside of their immediate city.

The online platform has not yet generated revenue. Mihir says the team has been focused on increasing the number of teachers who can use the platform. According to the startup, usage has increased by 200 percent month over month over the last few months.

“To increase demand, we will gradually add more paid options in the form of subscription services and business enablement solutions for tutors. However, the fundamental solution will always be free to teachers and students. Because, in the end, classroom digitization is necessary everywhere,” he continues.

Funding and road ahead

Teachmint claims to be India’s fastest edtech startup, having raised $20 million in less than a year since inception. It has raised funding in three rounds thus far.

In May 2021, Learn Capital invested $16.5 million (Rs 123 crore) in the startup, alongside CM Ventures and existing investors Lightspeed and Better Capital. This was Learn Capital’s first significant lead investment in India, following previous investments in Coursera, Udemy, and Brainly.

Vinit Sukhija, Partner at Learn Capital, stated at the time of the funding, “From our first meeting with Teachmint’s co-founders several months ago, it was clear that their collective team had painstakingly designed an end-to-end, multi-modal, and best-in-class solution that enables teachers in India to instantly and seamlessly digitise their classrooms. Teachmint has grown to become India’s leading online teaching platform, with over 10,00,000 teachers. The entire Learn Capital team is ecstatic to be partnering with the Teachmint team as they work to achieve the company’s vision of democratising online education in India and beyond.”

Additionally, the startup intends to invest in expanding the platform’s interactive capabilities and in developing an administrative layer that will enable it to form B2B partnerships with institutes.

And with global digital adoption accelerating across the board, Teachmint (edtech startup) has a lot of ground to cover.