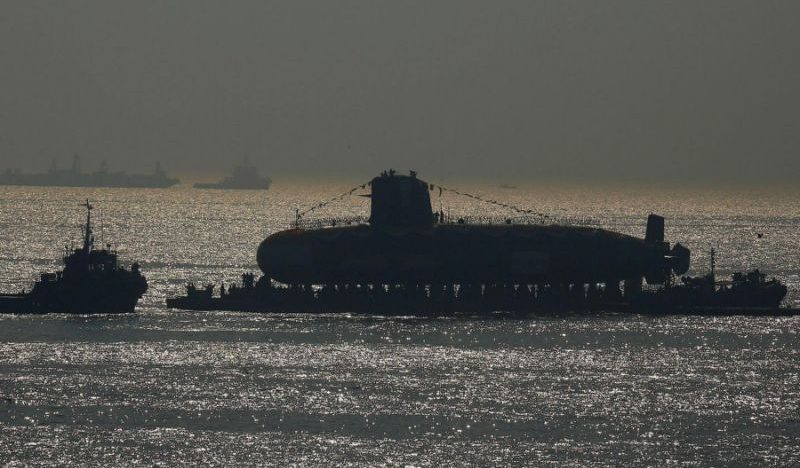 INS Sindhukesari’s critical components being checked, had come back after refit in Russia.

An accidental fire at a naval dockyard resulted in damage to a recently upgraded Kilo class submarine. The Navy is now checking critical components in the control room to get it back to functional duty.

The INS Sindhukesari, which underwent a Rs 1,197-crore refit and upgrade in Russia and was shipped back in February, suffered the accident when certain indigenous components as well as a US-origin periscope were being fitted onboard.

While the submarine got a 10-year life extension upgrade at a shipyard in Zvyozdochka, Russia, a part of the work was to be completed at the Mumbai yard by the Navy, the biggest task being the integration of an L3 Communications periscope that would give it all-weather vision. Sources said the fire took place in the first week of March during welding. While the damage is believed to have been contained and there were no injuries, critical components in the control room were affected by the soot produced by the fire. These have to be individually checked and cleaned before the submarine can be given the all-clear.

Officials said the submarine is being worked upon, and it would take at least another month before it can be deemed fit for service after the refit and life extension. Russian and Indian teams have been working on the submarine since the accident and components are being carefully analysed to assess long-term impact of the incident. The Kilo class submarines, named the Sindhughosh class by the Indian Navy, were acquired in the 1980s and have been prone to a number of accidents in recent years as their originally planned service life draws to an end. The INS Sindhurakshak was lost with its crew in an explosion in 2013 while torpedoes were being loaded, while a fire onboard INS Sindhuratna in 2014 led to two personnel losing their lives.

Given a shortage of conventional submarines — the Navy currently has nine Sindhughosh class submarines, four Shishumar class and one Kalvari class in service — a plan was drawn up to squeeze some more life out of the Russian-origin fleet. India signed a contract with Russia in October 2015 to extend the service life of four of the boats by 10 years. The refit was not only a life extension but also an upgrade of combat potential.