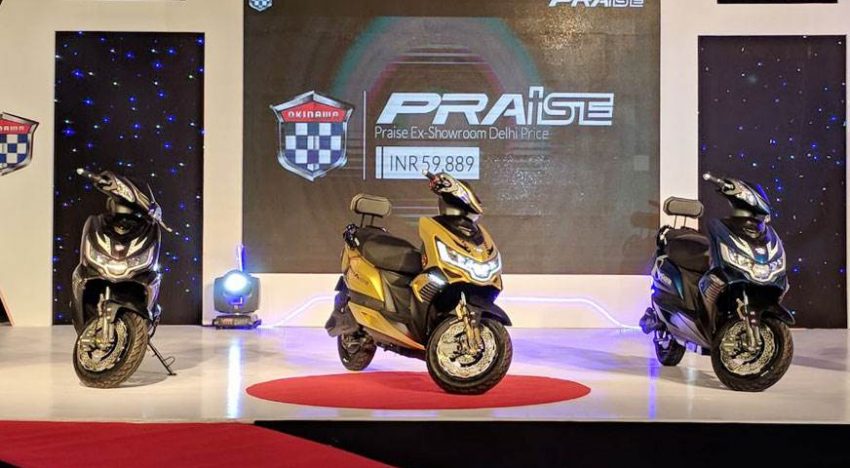 Electric two-wheeler maker Okinawa Scooters on Monday said it has reduced prices of its products by up to Rs 8,600 following GST reduction on electric vehicles (EVs).

Price of Okinawa range under lead acid has now reduced by Rs 2,500–Rs 4,700 and in Li-ion range the cost has reduced by Rs 3,400–Rs 8,600, following the government’s move to slash the GST rate on EVs to 5 per cent from 12 per cent earlier, the company said in a statement.

“The drop in prices clubbed with the second phase of Faster Adoption and Manufacturing of Electric vehicle (FAME II) subsidy has made the on-road price of Made-in-India electric scooters much lower than its current pricing,” it added.

At present Okinawa Scooters sells a range of electric scooters priced between Rs 37,000 and Rs 1.08 lakh.

Commenting on the move, Okinawa Autotech Founder & Managing Director Jeetender Sharma said, “the Union budget gave a much-needed push to the EV industry and the GST rate cut is even more welcoming.”

The price reductions will take a significant chunk out of the acquisition price, making the company’s range of scooters strong options for urban commuters, he added.

Sharma said the price gap between the EVs and the internal combustion engine vehicles has also come down and rising affordability will lead to faster adoption of electric vehicles.

“We are confident that it would encourage more and more people to look at electric vehicles as a viable option,” he said.