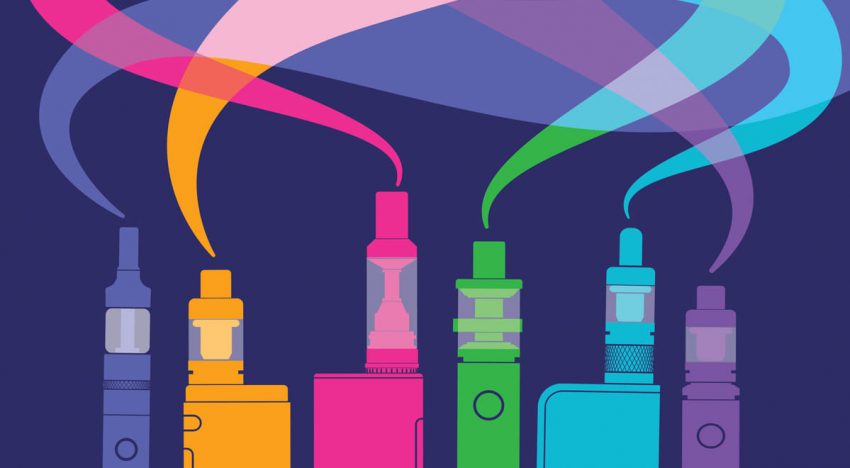 The ordinances would make the sale of e-cigarettes illegal in brick-and-mortar stores and online when shipping to San Francisco addresses.

San Francisco Mayor London Breed has 10 days to sign the legislation, which she has said she will do.

San Francisco Supervisor Shamann Walton, who co-authored the legislation, sees it as part of a long-term battle against the effects of smoking.

Under federal law, the minimum age to buy tobacco products is 18.  California and 15 other states, however, have raised that age to 21 or passed measures that will set it to 21 by 2021. Despite this, use of e-cigarettes, or vaping, has skyrocketed among teenagers nationally.

Last year, 1 in 5 high school seniors reported vaping in the past month. That’s almost double the number from the year before. Even eighth graders are vaping in record numbers.

These increases come after years of declines in teenagers smoking traditional cigarettes.

Public health officials are concerned about the rising number of teenagers using e-cigarettes, as nicotine can harm a young person’s developing brain. The Centers for Disease Control and Prevention warns that young people who vape may be more likely to start smoking traditional cigarettes.

Walton said he’s disgusted with the actions of Juul and similar companies, who he said are “putting profits before the health of young people, and people in general.”

Despite the tobacco age limit, Walton noted that vaping devices are commonly confiscated from students in the city’s middle and high schools.

The ordinance is accompanied by another that prevents the manufacture, distribution and sale of e-cigarettes on San Francisco property. This takes direct aim at Juul Labs, which leases space from the city on San Francisco’s Pier 70. The ordinance is not retroactive, so it would not remove Juul from the company’s current space, but it would prevent other e-cigarette makers from renting city property in the future. In a statement, Juul spokesman Ted Kwong wrote that, regardless, the company does not “manufacture, distribute or sell our product from this space.”

It’s small, sleek and discreet, looking similar to a flash drive. The company now controls 70% of the vaping market.

In a statement, Juul Labs said it shares the city’s goal of keeping e-cigarettes away from young people. The company said it has made it harder for underage buyers to purchase Juul off its website. It has shut down Juul accounts on Facebook and Instagram.

But, the company argues that “the prohibition of vapor products for all adults in San Francisco will not effectively address underage use and will leave cigarettes on shelves as the only choice for adult smokers, even though they kill 40,000 Californians every year.”

Friedman supported a ban on flavored tobacco that city voters passed last year. “I feel like it was good to get rid of the fruit flavors for kids,” he said.

If e-cigarettes are banned, he said, he would try to quit nicotine altogether. But, “there would be a point of weakness where I’d just end up buying a pack of smokes again.

Small businesses in San Francisco are concerned the ban will hurt their bottom line.

Miriam Zouzounis and her family own Ted’s Market, a convenience store near downtown San Francisco. E-cigarettes are an “anchor” product: They draw people into the store.

She said sales from e-cigarettes account for at least $200 to $300 a day in sales. She believes laws like this mostly affect businesses owned by immigrants.

“I’ll see them in class fidgeting,” Chaitin said. “They need it to focus, to function.”

Meanwhile, Juul is collecting signatures for a November ballot initiative to override the ban.