Minimum number of featured posts is 4.
Home News Defence News S-400 – WHY INDIA IS KEEN TO BUILD ITS OWN VERSION OF RUSSIA’S S-400 TRIUMF 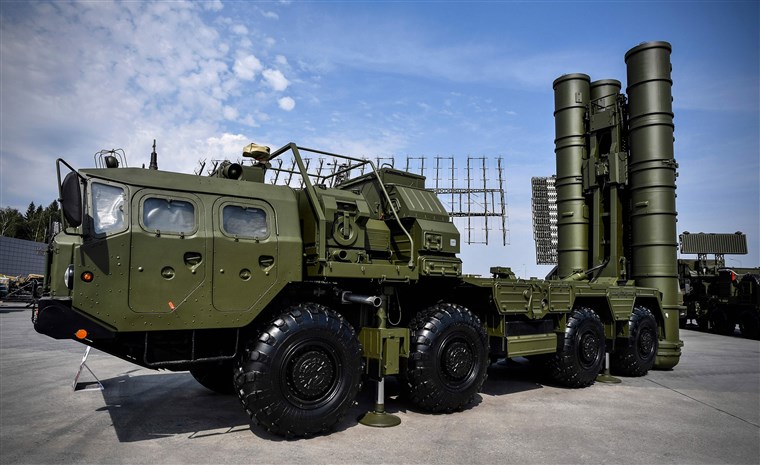 India is contemplating a deal that would see it build a domestic version of Russia’s S-400 Triumf air defence system, according to an IAF veteran and top military analyst.
State-owned Russian corporation ROSTEC recently revealed that India and Russia are in talks over the possibility of building a production line to make the S-400, which NATO calls the SA-21 Growler, in India.
“India would need more S-400 systems and is indeed contemplating a follow-up purchase following satisfactory completion of supply of the five systems already contracted for,” said military analyst Vijainder K. Thakur.
Washington has threatened to impose economic sanctions on India should it go ahead with the deal, estimated to be worth $5.43 billion for five S-400 units.
Nevertheless, citing the “national interest,” New Delhi has made it clear that it will be going ahead with the purchase.
“The S-400 system has strategic dimensions. India is not keen to localise production of the system so as to export it! It’s keen to localise production so that it can integrate its other advanced Air Defence systems like Medium Range Surface to Air Missile and Ballistic Missile Defence system with the S-400,” Thakur said.
The greatest strength of the S-400, he added, is its open architecture that allows any air defence system to be integrated.
India’s state-funded Defence Research and Development Organisation has long had plans to produce a homegrown ballistic missile defence system.
Last week, Russian Deputy Prime Minister Yuri Borisov announced that Moscow will deliver the S-400 system to New Delhi within the next 18-19 months, noting India has paid for the system in advance.
The US Department of State has warned that it could impose sanctions on any country that buys from Russia’s defence sector under its 2017 Countering America’s Adversaries Through Sanctions Act. However, India and Russia are believed to have found a permanent payment mechanism, which they believe will sidestep possible US sanctions.
This summer, Russia completed the delivery of the first batch of the S-400 systems to Turkey following a deal concluded in 2017. After Ankara made it clear earlier in the year that it would proceed with the deal, Washington suspended the deliveries of F-35 jets to Turkey, warning of further sanctions to follow.