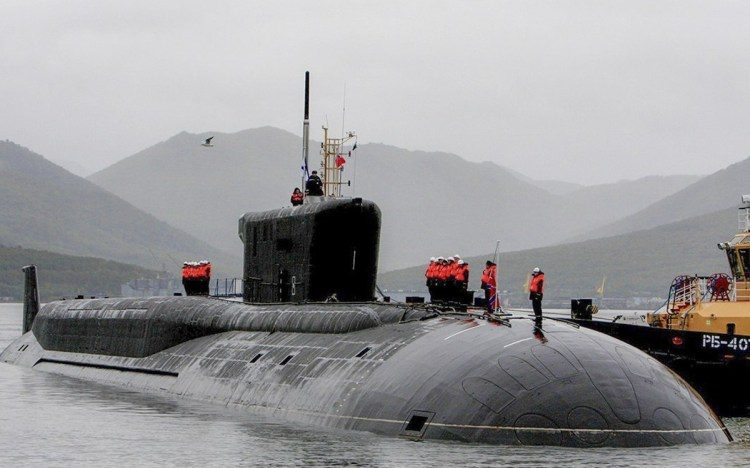 The P75 I project, which will be under the Strategic Partnership model that involves an Indian company absorbing technology and building six submarines, is likely to see strong competition between Russia, Germany and France.

Russia is keeping its options open for the Rs 45,000 crore competition to build a new generation of conventional submarines in India with talks on with leading private player Larsen and Toubro as well as a defence ministry shipyard.

The P75 I project, which will be under the Strategic Partnership model that involves an Indian company absorbing technology and building six submarines, is likely to see strong competition between Russia, Germany and France.

The Russian side says that it only has two companies in mind for the competition and is likely to chose between them. “We have made up our mind and we see two major candidates for the role – one is Larsen and Toubro and the other is the state owned Hindustan Shipyard Limited. These are the most competent shipyards that can accomplish this goal to build a new generation of conventional submarines,” Alexey Rakhmanov, President, United Shipbuilding Corporation said.

The third competitor on the Indian side for the project is the Mazagaon Docks Limited (MDL) that is currently building the Scorpene class of submarines with the French Naval Group. The executive hinted that a collaborative approach to the P 75I project could also be adopted with both HSL and L&T onboard.

The Russian side believes that the Air Independent Propulsion (AIP) technology that it is offering is better than the French and German variants. AIP – which gives submarines the ability to stay underwater for weeks – is an essential requirement of the P 75I project.

“We have at least two options on offer to India for the AIP. We are offering India to choose the best and go for joint development in which we will share the Intellectual Property Rights (IPR) that can help India with its future needs,” Rakhmanov said, adding that all elements of the Russian AIP are functional and the only thing left is to package it into a submarine section and demonstrate it to the Indian Navy.

The executive also took on the Scorpene submarines that are currently being inducted by the Navy, saying that they will not be any match to the Russian offer in terms of weaponry and underwater capability.

The Russian side also expressed its surprise on the last minute request by Spain’s Navantia to enter the P 75I contest.

“This was unexpected as we believed that only four countries had been shortlisted – Russia, Germany, France and Sweden. This (Spain request) will only add confusion and delay the process,” Andrei Baranov, Deputy Director General, Rubin Design Bureau said.

As reported by ET, Spain wants to crash into the Rs 45,000 crore Indian requirement of an advanced line of conventional submarines after initially backing off from the project. The four-cornered contest between France, Germany, Russia and Sweden is now likely to be expanded to accommodate the last-minute request received by the Indian Navy.