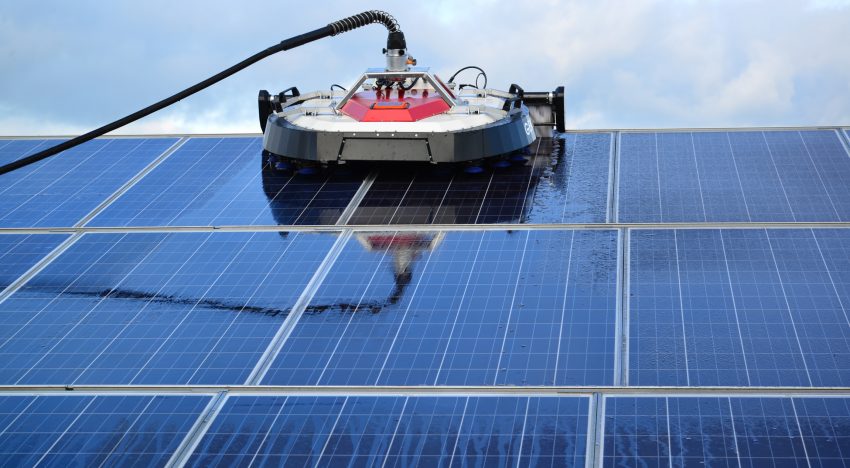 L&T, which builds solar power plants for energy companies, among other things, is working on enhancing services with its own robotised module cleaning system and containerised storage solutions.

As part of ‘L&T Construction’, a division of Larsen & Toubro Ltd, the company is an active player in the ‘solar EPC’ business and has built over 2 GW worth of solar plants in the country.

That makes it count among the large solar EPC companies in the industry, along with Sterling & Wilson (the market leader) and Mahindra Susten.

L&T, in fact, was among the early entrants into the business, having taken the first step way back in 2008. In the following years, the EPC market got pretty congested with a swarm of players barging into the ring, and the margins shrivelled.

While many companies including Wipro, exited the business, L&T picked only profitable projects. In the meantime, it leveraged on its technological strengths to enhance value. For instance, in 2015, it brought in its in-house developed tracker system (which tilts the solar panels so as to follow the sun across the sky).

“We also got many ‘firsts’ in the country,” says John. They included the country’s largest solar thermal plant, of 125 MW for Reliance in Rajasthan, India’s first tracker plant in Gujarat, largest single-roof rooftop project of 7 MW in Punjab, single largest EPC contract of 350 MW (DC) from Sprng Energy for its plant in Rewa, Madhya Pradesh.

It has alsobuilt the country’s largest bunch of micro and mini grids in 229 villages in Bihar, bringing electricity to some 44,000 households.

John says the company is “about to launch” its in-house made robotised module cleaning systems, a waterless system, for which there seems to be a big demand. In a tropical country like India, the modules quickly acquire a film of dust, which reduces electricity generation, and as such they have to be cleaned frequently.

L&T is also putting up a plant at Kanchipuram, Chennai, to offer containerised energy storage solutions. Each container would be of a capacity of 1 MWHr. The company will be ready to offer the product by September, says T Madhava Das, Senior Vice-President and Head, L&T’s Power Transmission & Distribution business.

Incidentally, L&T is building the country’s first, large-scale storage-cum-solar power plant, of capacity of 21 MW solar and 16 MWHr storage, in the Andamans.

Yet another step is into ‘floating solar’. L&T has done two projects in Andhra Pradesh — a 4-MW plant in Tirupathi and a 15-MW one in Visakhapatnam, both on reservoirs. John says there will be more business as the country’s public sector hydro power major, NHPC, is planning for several projects.