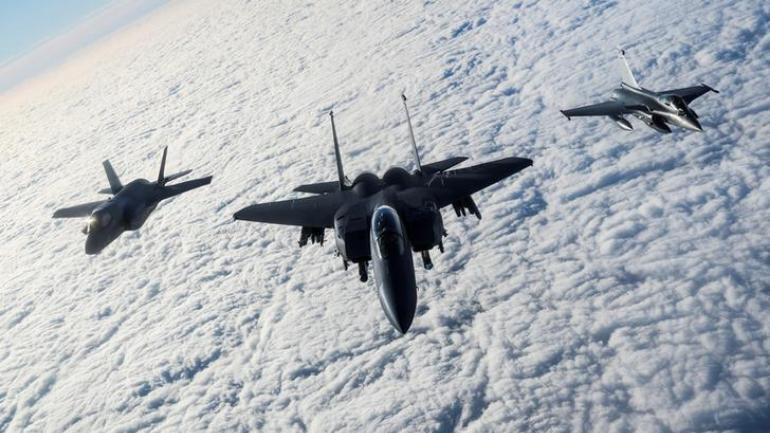 India has signed an agreement to purchase two squadrons (36) of the twin-engine multi-role aircraft.

The Rafale aircraft will provide the Indian Air Force strategic deterrence and requisite capability to engage targets at long ranges, the Defence Ministry said, adding the training of the first batch of officers and technicians is under way with the French Air Force. In its 2018-19 annual report, the ministry said the French-make aircraft will provide India strong weapons and systems capability edge over the country’s adversaries.

India has signed an agreement to purchase two squadrons (36) of the twin-engine multi-role aircraft and decided to base one each on its western and eastern fronts with Pakistan and China.

The delivery of the aircraft, capable of delivering nuclear warheads, is likely to begin from September this year.

Strategic deterrence is a strategy under which a country uses the threat of reprisal effectively to preclude an attack from an adversary.

Last year, Air Chief Marshal B S Dhanoa had termed the introduction of the Rafale and the Russian S-400 missile defence system as “game-changer”.

The report also said that the upgrade programme of Mirage-2000, also of French-make, with a new and more powerful upgraded radar, complete revamp of old avionics suite and integration of newer and smarter weapons is being carried out.

IAF used the Mirage-2000 to struck a terror camp in Balakot in Pakistan in February this year. The upgrade would keep the aircraft operationally relevant for future combat operations.

The delivery of the aircraft, capable of delivering nuclear warheads, is likely to begin from September this year.

“The upgrade is being undertaken in two phases. Initial Operation Clearance design and development was completed at OEM (Original Equipment Manufacturer) facilities in France,” the report said.